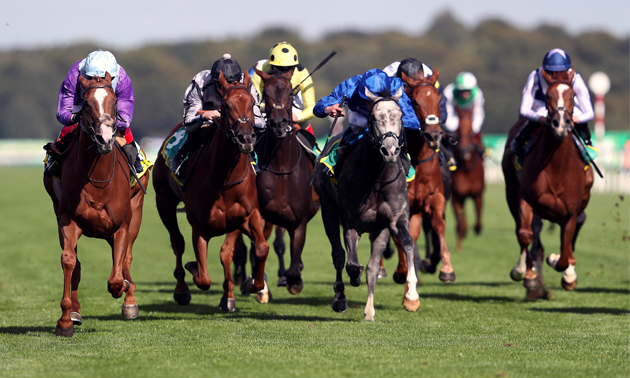 For the final time this Flat season, Timeform Flat Editor David Johnson runs through his best bets for Saturday's ITV Racing action at Doncaster and Newbury.

I’ll be looking to Megallan and Baradar to run well in the Futurity Trophy thirty-five minutes earlier, even if they aren’t able to beat Wembley, as a horse that split these when third at Newbury last time looks to have plenty in his favour and that is JUMBY.

He was really impressive when making a winning debut at Ascot in July, form that worked out really well. He’s had excuses since, especially last time where he was caught out of his ground in a steadily-run race over 1m. I think coming back to 7f is going to suit, as will this bigger field, with a couple in there that look likely to go forward.

William Buick taking the ride for the first time also looks a positive and I’d make Jumby favourite to win this, even up against recent winners Sir Maxi and Conservatoire.

The St Simon Stakes looks a really good betting heat because the favourite is a horse I couldn’t have on my mind under these conditions. Raymond Tusk is returning from an absence having been off since disappointing on all-weather in January. He usually races over further and is unproven in conditions as he’ll get on Saturday. He won an all-weather fast-track qualifier last winter, and I think this is likely to be a prep for a winter campaign rather than a specific target.

Euchen Glen is also prominent in the betting, but he has a penalty for winning a Cumberland Lodge that fell apart around him, and while Alounak arguably looks a big price on his second in the Hardwicke, he’s disappointed too often to trust.

I think the race is ripe for an upset and it could be NATURAL HISTORY that causes it. He progressed well as a 3-y-o, but was then off the track for two years, but he’s continued his relentless progress this autumn to win both his races, including at Goodwood last time. That was on heavy, so conditions will be fine here and it’s interesting his in-form trainer is stepping him up in grade rather than saving him for something like the November Handicap.

Tempus and Surrey Pride were always likely to be at the head of the betting in this given their profile but neither look bomb-proof in the conditions, Tempus yet to show he wants a slog as he steps up in trip while Surrey Pride is yet to prove his effectiveness in conditions this deep and may end up further back than ideal if his regular tactics are adopted.

One who has no such doubts about him is AASHEQ who is at his best at this trip when the mud is flying and put up easily his best effort of the year when second to very progressive 3-y-o Ilarab at York last time, the pair pulling clear. A 5 lb rise for that still leaves Aasheq well treated on his best form and he makes plenty of appeal with Jim Crowley taking over from the injured David Allan.