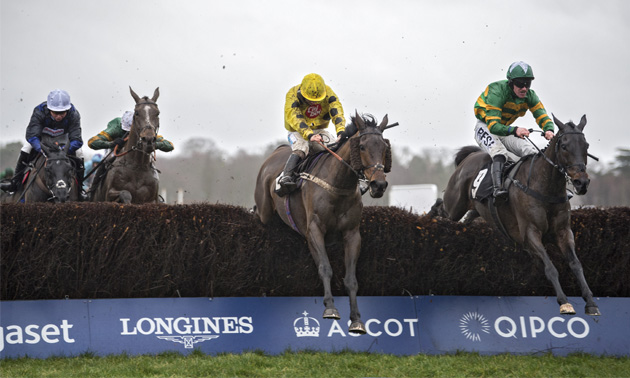 Yeavering Belle (EW) has long looked a thorough stayer and, with that in mind, she may be able to raise her game still further now back around three miles, having fended them off in a Ludlow handicap over shorter before doing too much too soon under a trademark positive ride in a warm Cheltenham race.

Returning to mares only company, in a race lacking obvious pace rivals, adds to her chance.

Some might argue that Imperial Aura (NAP) is a favourite by default – because of bigger doubts about the others - rather than due to boasting compelling form claims, but the bold-jumping improver can prove such an assessment does him a disservice in the 1965 Chase at Ascot. His novice form couldn’t have worked out any better, and he didn’t put a foot wrong in making a winning return at Carlisle.

The fact his three rivals -  Black Corton (flat return and back in trip), Real Steel (Mullins to Nicholls switchers yet to fire as might have been expected) and Itchy Feet (jumped sluggishly on return) – all have a doubt or two hanging over them merely strengthens an already compelling case.

There was little between Third Wind and Relegate when the pair met in a strong Pertemps Final in March but, teed up by an encouraging comeback at Newbury, the former can take their private battle to 2-0 by landing a typically well-contested renewal of this staying handicap.

He’s had little racing as a stayer, and none at all with the superb Jonjo O’Neill Jnr doing the steering.