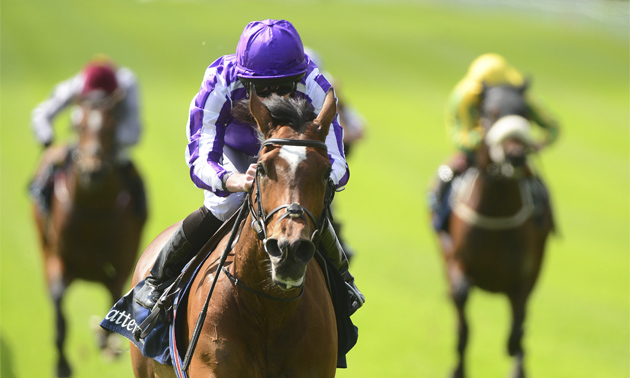 Play smarter on Sunday as we provide our expert analyst's tips for every race at shown on ITV Racing from Windsor, Newmarket and the Curragh

DARK LADY can boast winning Group 3 form against her own sex and she's just about the one to beat on these terms returning to action having undergone a breathing operation. Repartee ran to a high rating on debut last year so he could easily hit the ground running this season and is feared most.

TIME SCALE stepped up considerably on her debut effort when making light work of 11 rivals at Chepstow 2 weeks ago, quickening up well to score easily. This is understandably more demanding but she rates a useful prospect and is fancied to handle the rise in class. Kadupul and Undertake, who was fourth in the Albany at Royal Ascot, head up the dangers.

The vote goes to POGO, who appears to have improved this season judged on his Newmarket near miss and, most recently, his fine effort in the Hunt Cup at Royal Ascot. Stormy Antarctic should come on for his encouraging Newbury pipe-opener and is feared most, while Davydenko remains of interest, for all that his reappearance effort was inauspicious.

ASCENSION shaped like a sure-fire future winner when third on his return at Sandown so is impossible to oppose here off the same mark. Both Buhturi and Lexington Dash arrive in excellent form so will ensure Roger Varian's colt doesn't get things all his own way however in an intriguing sprint despite the small numbers.

15:35 Bombardier "March To Your Own Drum" Handicap - Windsor

Several to consider in this good-quality handicap. JEAN BAPTISTE earns the vote on the back of a highly encouraging reappearance at Newcastle where he left the strong impression that returning to this trip would be the catalyst for yet more improvement. Surf Dancer also made a promising return at Sandown and is feared, along with Overwrite and the unbeaten Dance Fever.

Ready preference is for DESERT ICON, who shaped well when fourth over C&D on his return and still has the scope for further progress after a relatively light campaign in 2019. There are question marks over all of his rivals, though it would come as no surprise to see Elwazir chase him home given he has won when fresh.

MAKE A CHALLENGE proved easy to back but made no mistake in opening his account for the year at Naas 8 days ago, quickening up and well on top at the finish. He ran a cracker at the highest level towards the end of last term and is the lead player in this Group 2 contest. Speak In Colours, who was runner-up in this race 12 months ago, and Forever In Dreams head up the dangers.

FIRST IN LINE raced a bit too freely for his own good when third in a similar race on his reappearance. That should have knocked the freshness out of him and he can resume his progression now under Frankie Dettori. El Misk is yet another from the John Gosden yard on an upward curve and he may provide the main threat ahead of the improving Alignak.

Very hard to oppose MAGICAL who scored 3 times at the highest level in 2019 and should notch another Group 1 success on her return. Fleeting should be spot on for this after her run in the Mooresbridge here 16 days and can follow her stablemate home ahead of Fillies' Mile fourth Cayenne Pepper. 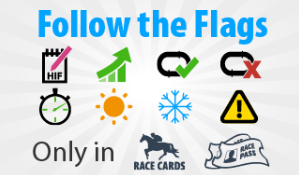