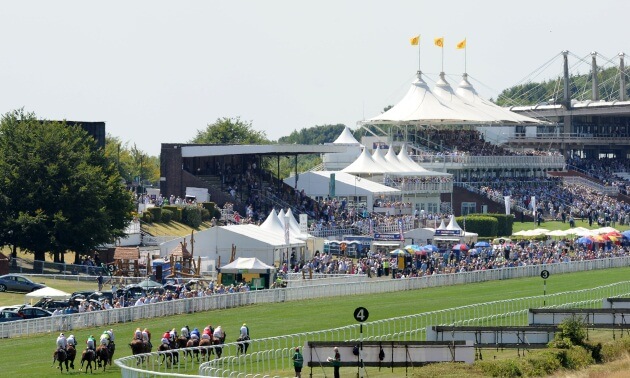 Summerghand finally had his day in the sun after a series of near misses in big sprint handicaps when winning the Stewards’ Cup at Goodwood.

Fourth in this race 12 months ago and runner-up in the Wokingham Stakes at Royal Ascot this summer to name just two big efforts in defeat, Summerghand rewarded trainer David O’Meara and his team despite carrying top-weight of 9st 10lb.

As usual the six-furlong dash was a cavalry charge with the 27-runner field splitting into three groups.

Meraas, Angel Alexander, Gulliver, Louie de Palma, Nahaarr and Brian The Snail were among those prominent in the early stages.

The gaps fell nicely for Danny Tudhope as he steered a clear passage for Summerghand (22-1) and the six-year-old hit the front in the final furlong, edging Kimifive (11-1) by a head in what was a thrilling finish.

Brian The Snail (66-1) was another length back in third, with Swindler (12-1) just behind in fourth.

O’Meara said: “I didn’t think he could win off top-weight. We got beat a nose in the Wokingham when we felt we could have won.

“Since then I ran him in a little race at Pontefract. I spoke to Bruce Raymond (owner’s racing manager) and asked him if he thought I was compromising my chances of winning a big one by going for a small race and incurring a handicap rise, but he told me to kick on and give the horse a bit of confidence and he was right.

“He’s class and he’s hit the woodwork in so many big races. He deserved to win one and the owners have been huge supporters of mine for some years now, so I’m delighted the horse has repaid them. They are incredibly excited about him.

“I put cheekpieces on him just to try and eke a bit more out. It’s not that the horse is ungenuine, but it’s a sharp six and I just wanted him to travel a bit better.

“I’d love to try to win the Ayr Gold Cup with him if I didn’t think he was too badly handicapped. I won it before with Louis The Pious (in 2014) and I’d love to win it with him.”

Tudhope said: “It’s nice for him to get his head in front. He won a small-field race at Pontefract a few runs ago. He was entitled to win that so it was good to come here and win a big handicap.

“He’s always looked like he could win a nice handicap like this. He’s a bit tricky so it’s great he could come and do it today.

“He was unlucky at Royal Ascot and it just shows you how good he is to come back here with the race finally going his way.

“I wasn’t sure I’d won when I looked across the line, but it was a great performance.”

He added: “I felt I had to go when I did. The gaps came at the right time. He’s usually one of the last horses off the bridle – that’s just him and how much talent he has. He has one burst of speed.

“I was worried when I hit the front just inside the final furlong, which was soon enough for him to be in front, but we got there.”