Subjectivist and Stradivarius on track for Goodwood rematch 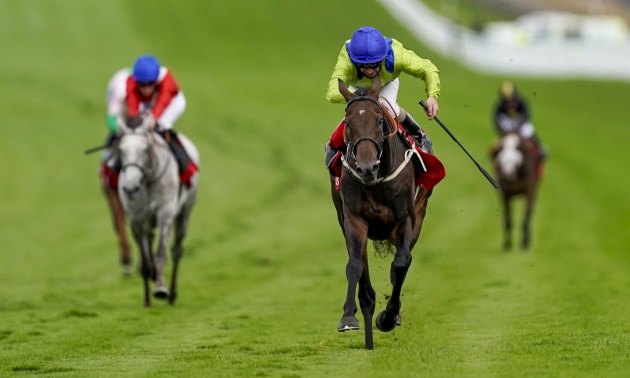 Subjectivist and Stradivarius are all set to do battle once more in the £500,000 Al Shaqab Goodwood Cup on July 27.

Mark Johnston’s Subjectivist proved he is every bit as good as he looked in his previous wins in France and Meydan with a dominant performance in the Gold Cup at Royal Ascot.

He foiled the bid of Stradivarius to join Yeats as a four-time Gold Cup winner, with John and Thady Gosden’s seven-year-old finishing only fourth, after what was a less than ideal passage.

“Subjectivist has had a very easy time of it since his run in the Gold Cup. He will have a gradual return back to full work, with the Al Shaqab Goodwood Cup being the next target,” said Johnston.

“Looking back at the Gold Cup, it was a very exciting performance. Whichever way you look at it, whether it be the form, the time, the sectional times, the distance he won by, it all points to it being an absolutely top-drawer performance.

“In fairness, his win before that in Dubai was very good, but I suppose everybody is generally slightly sceptical of the Dubai form. But at Ascot he confirmed it by running a very similar race in terms of style. I don’t think there are any doubts about the horse now.

“It is well documented that I love the stayers, and it means a huge amount to me personally to have a horse like this. With horses who run in these big two-mile plus races, the big concern is can you keep them sound, but barring any injuries or problems, he is an extremely exciting horse to have.”

Regarding the rematch, Johnston is keen to get it on.

He said: “I think if you read my blog, you will see that I said ‘Subjectivist was bred by Susan Hearn, Barry Hearn’s wife, and if this was another sport, Barry Hearn would be promoting the rematch and we’d all be making a lot of money out of it!’. But seriously, a big clash between these two horses at Goodwood will be very good for racing.”