Starman retired due to setback 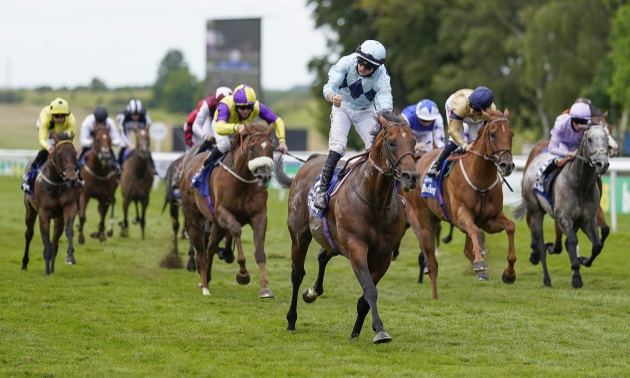 Ed Walker has called time on the racing career of July Cup hero Starman after a minor setback ruled out a potential swansong on Qipco British Champions Day at Ascot this weekend.

Unbeaten in his first three starts last season, Starman failed to fire on his final outing as a three-year-old on soft ground in the British Champions Sprint.

But Walker’s charge proved his top-level capabilities this term – winning the Duke of York Stakes and the July Cup before finishing third in the Prix Maurice de Gheest at Deauville and being beaten a short-head in the Sprint Cup at Haydock.

Connections had been eyeing Ascot redemption on Saturday, but he will now be retired to Tally-Ho Stud in Ireland, with owner David Ward retaining a share for his stallion career.

“It’s a huge shame as we were really looking forward to Saturday and confirming him to be the champion that he is,” said Walker.

“I’ve always thought he was the best around and he’s certainly the best I’ve ever trained.”

Starman won five of his eight career starts and earned over £476,000 in prize-money.

Tom Marquand, who was on board for seven of those outings, told Sky Sports Racing: “It’s obviously disappointing that his career has been cut short prematurely, but we’re very lucky that he won a July Cup and has held an extraordinarily high level of form throughout.

“For David and Sue Ward he’s been an absolute superstar and he’s the horse of their dreams – so while it’s all come to an end a bit quicker than they’d have hoped, he’s out in one piece and can have a nice career now in the (breeding) sheds, which I’m sure he’ll enjoy.

“It’s been great to be part of the horse’s journey as there’s not too many like him come around.”