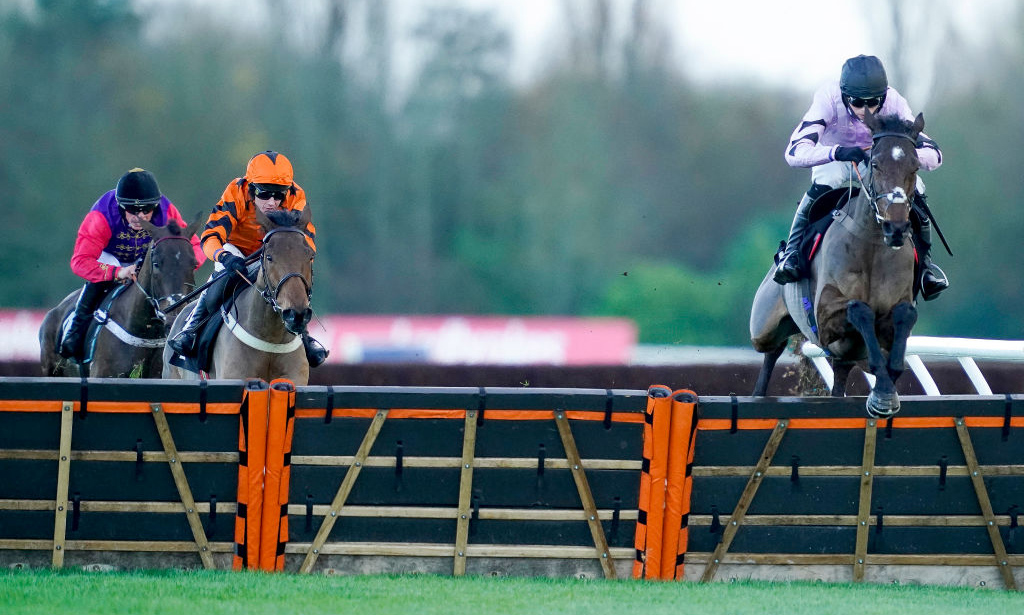 Stage Star could take aim at the Grade One Challow Novices’ Hurdle after making a flawless start to his hurdling career this season.

The five-year-old was a bumper winner on debut last October and went on to produce two placed efforts in National Hunt Flat contests at Listed and Grade Two level, races that proved to be a springboard to his successful hurdling bow at Chepstow last month.

A second hurdles run at Newbury on Friday also ended in victory, with the Paul Nicholls-trained gelding a seven-and-a-half-length winner of a competitive novice contest.

The bay is highly regarded by his trainer and as such is now on course for Newbury in December, a race previously won by quality prospects such as Bravemansgame, Thyme Hill and Champ.

“He’s a horse that we’ve always liked, a horse that was always going to improve physically as he matures,” said Dan Downie, racing manager to the Owners Group partnership to whom the horse belongs.

“His two wins have been impressive. The last time he was great at Newbury and even before that Paul was thinking it could be a stepping stone to the Challow, back there in December.

“I think that remains the plan, that he’ll run in the Challow at Newbury near Christmas.”

The Owners Group can also look forward to Grade One-winning hurdler Pentland Hills, who was unbeaten in his juvenile season and was last seen finishing ninth in the Champion Hurdle at the 2020 Cheltenham Festival.

An unrelated injury saw the Nicky Henderson-trained six-year-old miss the following season entirely, with a return to action then delayed by a subsequent suspensory problem.

The gelding has now returned to work having overcome those issues and is likely to take to the track again next year, with the initial aim a resumption of his hurdling career before a step into the novice chasing ranks is considered.

“You won’t see him until later on in the new year, he basically picked up a suspensory injury in the autumn,” Downie said.

“He’s back in steady work, but he won’t be out imminently.

“He’s always been a good, accurate jumper. We’ve always got that (chasing) up our sleeves, but I’d imagine that by the time he’s ready to run it would make sense to stick to hurdles and then go chasing in the autumn next year.”