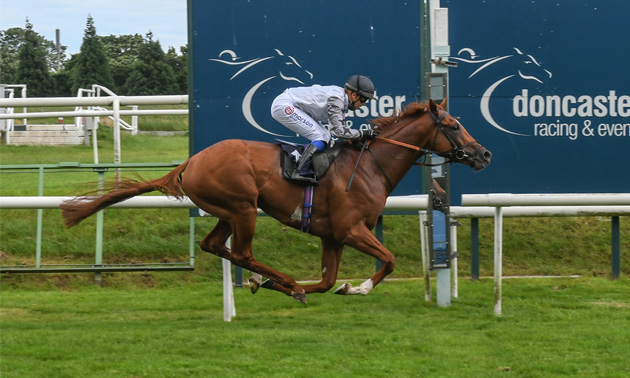 Richard Spencer is confident Tyson Fury can develop into a genuine Group-race performer next year, after deciding to draw stumps for this season.

The Newmarket trainer believes the best is yet to come from the son of Iffraaj – who is named after the reigning WBC heavyweight boxing champion – and has earmarked the Group Three John Porter Stakes at Newbury in April as a potential starting point.

After finishing ninth in the St Leger at Doncaster on his penultimate start, Tyson Fury added to his debut success at Town Moor with victory in a novice contest at Ascot earlier this month.

Talent! Leger ninth Tyson Fury boxes on gamely to get back to winning ways for @Richspencer89 and @KShoemark at @Ascot... pic.twitter.com/8lOMeehoMx

Spencer said: “He came out of his race at Ascot really well, but we have decided to give him a break and put him away for the rest of the season.

“We will start him off in Group races, and hopefully he can progress again. We will target something like the John Porter at Newbury with him, although that is a long way off.

“I’m looking forward to seeing him mature and develop over the winter, because he is a big horse. I think he will strengthen up and be a nice four-year-old.”

Reflecting on his latest success, Spencer feels the victory was made all the more impressive because it came on ground that would have been far from ideal.

He added: “He had the penalty to carry at Ascot, and the ground would have been on the soft side for him.

“He is still raw and learning, but it was great to finish on a winning note like that.

“It was good to see him get his head back in front after the St Leger – it would have given him a bit more street-craft and confidence.”