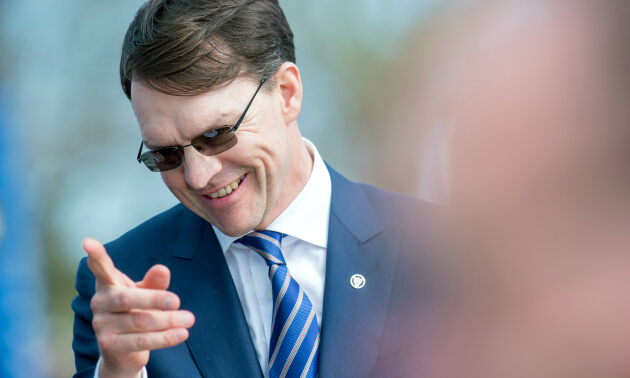 Snowfall led her rivals a merry dance to provide Aidan O’Brien with his first victory in the Tattersalls Musidora Stakes at York.

Snowfall managed just one win in seven outings as a juvenile last season, albeit her final two outings were at Group One level in the Moyglare Stud Stakes and the Fillies’ Mile.

She was a generous-looking 14-1 shot on her reappearance, with the market dominated by the impeccably-bred pair of Noon Star – a daughter of Derby winner Galileo and top-class racemare Midday – and Sea The Stars filly Teona.

However, Ryan Moore navigated Snowfall to the lead from an early stage – and having dictated affairs for much of the 10-furlong Group Three contest, she passed the post with three and three-quarter lengths in hand.

Noon Star filled the runner-up spot, with Teona doing well to finish as close as she did in third after pulling fiercely for her head for much of the race.

Bookmaker response was immediate, with Snowfall’s odds slashed for the Cazoo Oaks.

O’Brien said: “We always thought the world of her last year, but things just didn’t work for her.

“On pedigree she was always going to be suited by a step up in trip, Ryan gave her a lovely ride.

“It’s a beautiful pedigree and we always thought a race like that would suit.

“I would think the Oaks will be the plan, but we’ll all have a chat.

“Things just didn’t work out for her last season, hopefully she goes on and has a good year.”

🌨 Snowfall makes all under Ryan Moore to give Aidan O’Brien a first Musidora Stakes at @yorkracecourse!pic.twitter.com/iwQNdWVOdO

Earlier on the card, Starman claimed a fourth win from five career starts with a battling victory in the Duke of York Clipper Logistics Stakes.

Ed Walker’s speedball completed a hat-trick when winning the Listed Garrowby Stakes over the course and distance in September, but disappointed on his final start of 2020 on Qipco British Champions Day at Ascot.

The four-year-old was a 5-1 shot for his reappearance in what appeared a particularly strong renewal of this Group Two contest, with last year’s July Cup hero Oxted, the promising Art Power and Ayr Gold Cup winner Nahaarr among his rivals.

Oisin Murphy settled Starman on the heels of the leaders on the far side of the track for the first half of the six-furlong contest, before asking him to go about his business passing the two pole.

The Dutch Art colt displayed a smart change of gear to grab the lead and had enough in reserve in the closing stages to hold the strong late challenge of Nahaarr at bay by a neck.

Oxted was just over three lengths further back in third, with Art Power ultimately a shade disappointing in sixth.

Coral make Starman the new 3-1 favourite for the Diamond Jubilee Stakes at Royal Ascot – and Walker confirmed that is the target.

Walker said: “The front two look good horses. Oisin said he got there a fraction early and wasn’t doing a lot in front. Hopefully off a stronger pace he could be even better, who knows.

“We never thought he’d be this good as he was so big at two, we couldn’t do a lot with him and Covid pushed his start back last year. He’s done nothing wrong since then other than on bottomless ground at Ascot.

“There’s cut in this ground today, but they’ve done an amazing job because the track is in great condition. It’s very fair ground, but I think he’ll be better on quick.

“It’s Ascot next for the Diamond Jubilee. He is in the King’s Stand and I thought maybe if Battaash didn’t make it – but I think it will be the Jubilee.”

Murphy said: “I’ve ridden him a little at home and Ed always had a high opinion of him. He looked really good today, he travelled well, he’s very chilled out and is a very exciting horse.

“I didn’t feel like I was stopping and the second is a horse who finds plenty for pressure, it will be interesting to watch the replay to see if the pack were closing.”

He added: “It’s great to find a really good horse again. He’s been placed very well and they are reaping the rewards now.”

🌟 Starman takes the Group 2 Duke Of York Stakes under @oismurphy for @edwalkerracing!pic.twitter.com/N5uTS3mesq