Smith content to stay over hurdles with Ronald Pump 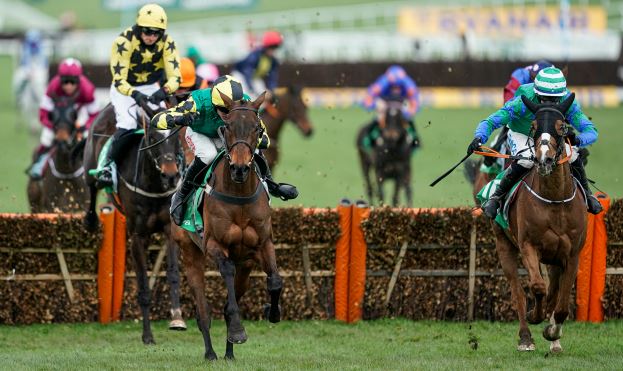 Ronald Pump will remain over hurdles next season after finishing second in the Stayers' Hurdle at Cheltenham.

Matthew Smith sent the seven-year-old novice chasing at the start of the season, but after making a good start over fences, he suffered two defeats at Fairyhouse and Naas.

Returned to the smaller obstacles, he found only Lisnagar Oscar too good in the Cotswolds and should it take place, Smith is keen on taking his charge to Punchestown.

"He ran a cracker. Of course it was frustrating not to win, but at the same time we were delighted with him," said Smith.

"He made a bad enough mistake two out which meant he had to check when going for his run. He also got underneath the last, so taking everything into consideration, he ran a fair race.

"Chasing will definitely be put on hold now. Obviously he's up to that level over hurdles, so we'll stay there for the time being.

"He came back with a bit of a cut on the back of a hind leg and had a nick near a hoof - whether it made a difference, who knows.

"If someone had offered us second the week before we'd have taken it. To come second at the Festival is great.

"Obviously Aintree is off already, we'll aim him towards Punchestown if it's on, there's nothing else for him.

"Paisley Park clearly didn't run his race, but our lad would have to be taken seriously wherever he goes."