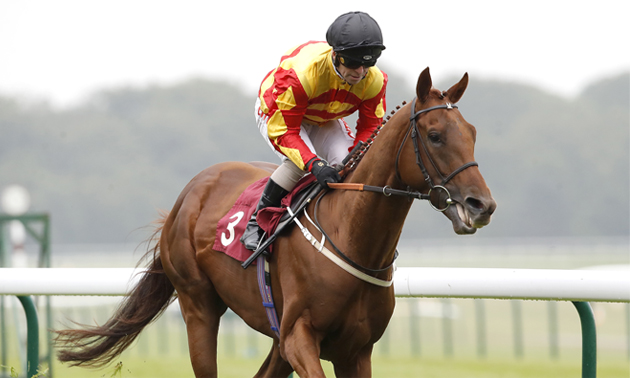 Sir Ron Priestley heads a small but select field of five runners declared for the Matchbook Yorkshire Cup at York on Friday.

Runner-up to Logician in the 2019 St Leger at Doncaster, Sir Ron Priestley has since returned from over a year and a half on the sidelines looking better than ever – winning the Further Flight Stakes at Nottingham and the Jockey Club Stakes at Newmarket.

The five-year-old is the clear favourite to complete his hat-trick on the Knavesmire under Franny Norton.

Johnston also saddles Nayef Road, who has been placed behind champion stayer Stradivarius in three of his last four starts, most recently when third in the Sagaro Stakes at Ascot a couple of weeks ago.

Irish hopes are carried by the Aidan O’Brien-trained Santiago. Last year’s Irish Derby hero was third behind Stradivarius and Nayef Road in the Goodwood Cup and can be expected to improve from his recent comeback fourth in the Vintage Crop Stakes at Navan.

Andrew Balding’s Spanish Mission returns to British action after finishing second in Saudi Arabia and fifth in Dubai on his last couple of appearances.

The quintet is completed by the long-absent Wells Farhh Go, who makes his first appearance for Tim Easterby since finishing last of seven runners in the Cumberland Lodge Stakes at Ascot in October 2019.

A field of eight has been assembled for the Oak Farm Stables Fillies’ Stakes, where much interest will surround the Richard Hannon-trained Snow Lantern.

The Frankel filly is a daughter of the stable’s Classic-winning Sky Lantern and looked the part on her reappearance at Newbury last month.

Roger Charlton’s Nell Gwyn third Love Is You features among the opposition, as does the Charlie Appleby-trained Creative Flair.