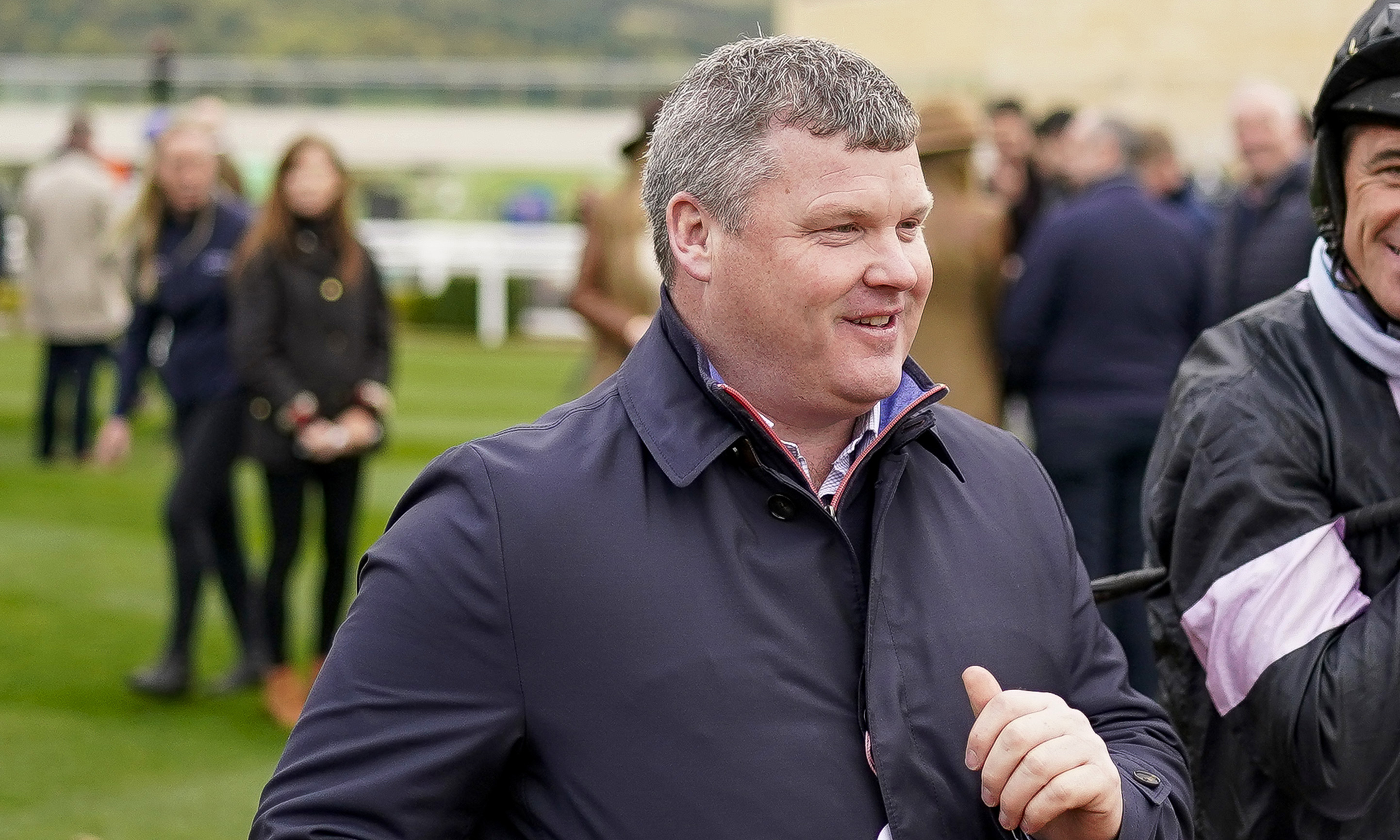 Gordon Elliott had a day to remember at Navan as he trained the winning horse in an incredible seven of the eight races on the card.

Willie Mullins’ Whatdeawant claimed division one of the Kilberry Pub & Kitchen Maiden Hurdle, after which the Elliott onslaught began as he took every remaining contest of the day.

Enjoying three winners over hurdles, three over fences and one in a bumper, Elliott’s achievement was made all the more special as Navan is the track closest to his County Meath stable.

“It’s been an unbelievable day – to get seven winners at one track and at Navan as well, my local track,” he said.

“I don’t know if it’s been done before in Ireland, but to train seven winners is unbelievable and we’ll never forget it.

“This is special after the year we’ve had, it just shows what it means to the staff and all my owners and friends.

“You see the likes of Noel Meade clapping you in, they are your proper friends, I can’t believe it.

“We’re back doing what we love doing.”

The Goffer took division two of the maiden hurdle, striking at 10-1 under Jody McGarvey to triumph by eight lengths.

Ginto then became two from two over hurdles after a runaway success in the Grade Two Navan Novice Hurdle in the hands of Jamie Codd.

Starting as the 11-8 favourite from a field of five runners, the five-year-old ran prominently through the two-and-a-half-mile contest and took up the lead over the third from home.

From there the gelding was comfortably able to pull away, striding clear of the Joseph O’Brien-trained Eric Bloodaxe to register an impressive 11-length victory.

“That was great, he’s the horse we thought he was,” Elliott said.

“He’s a big galloper. From the second-last to the line is what I loved today, he just galloped. He’s a good horse.”

Ginto could now head for the Lawlor’s of Naas Novice Hurdle, a Grade One event run over the same trip in January.

“He’ll get an entry for the race at Naas and we’ll see,” said Elliott.

“We’ll have a chat with (owners) Noel and Valerie (Moran) and see what they want to do.

“He’s a chaser in the making.”

Betfair slashed the winner in price to 12-1 from 25-1 for the Albert Bartlett Novices’ Hurdle at Cheltenham in March.

Codd was replacing the injured Davy Russell, with Elliott adding: “He just sprained his wrist and he’ll be all right.”

Elliott and the Morans made it a big-race double when the equally-promising Riviere D’etel recorded a straightforward victory in the Irish Stallion Farms EBF Klairon Davis Novice Chase, this time with Denis O’Regan doing the steering.

Winner of her first two chasing assignments and sent off the 1-4 favourite, the four-year-old filly had little trouble making the transition to Grade Three company, bowling along in front from the off and coming home 12 lengths clear of Take All.

Elliott said: “She’s a good mare. Whether we go for something at Christmas or not, I don’t know.

“She’s had two runs now and Noel and Valerie are away on holidays for Christmas, we came here for that reason. We’ll see how she is and how she comes out of the race.

“Denis said she’s actually become really relaxed when she gets to the front. They didn’t let her away and she jumped very professionally. I’m very happy with her.”

Commander Of Fleet was a 40-1 winner for Shane Fitzgerald and Elliott in the valuable Bective Stud Handicap Hurdle.

In a large field of 28 runners, the seven-year-old put two unsuccessful runs this term behind him when prevailing by two and a half lengths from Denis Cullen’s A Great View.

Carrying a sizeable burden of 11st 5lb, Elliott’s gelding, who was a Grade One-winning novice, could now target the Pertemps Final at Cheltenham.

“It was a good performance. He was a good horse back in the day,” the trainer said.

“To be honest I was worried he had a lot of weight, but it was a good performance and he did it well. I was very happy with him.

“He was running well the last day before he fell, so that’s great. We might try to qualify him for the Pertemps now.”

Farouk D’alene then made it five in a row for Elliott with a three-quarter-length win in the Navan Racecourse Beginners Chase, triumphing at 7-2 under Kevin Sexton after running prominently throughout the race.

Conflated was the next horse to oblige after starting as the 9-4 favourite for the Fox Rock Handicap Chase with Fitzgerald in the saddle once again.

“He’s a good horse and was a graded horse over hurdles, but he lost his way a bit,” said Elliott.

“I fancied him in the Kerry National, but he unseated at the third fence. It’s great to win a nice pot with him.

“It’s been an unbelievable day. We have a lot of young horses and as I’ve said before it’s about rebuilding.

“I love this place, it’s probably the best racecourse in the world, never mind in Ireland. The best horses normally win here and there are no excuses. I don’t know what it is, but our horses seem to like it here, we won’t complain!”

Elliott then claimed his seventh and final success of the day in the Racing Again At Navan On December 18th INH Flat Race, with Codd steering 10-11 favourite Itswhatunites to a six-length win.

“He’s a lovely horse and we won’t do much more with him this year,” said Elliott.

“We’ll give him a break and we’ll probably bring him back for Fairyhouse and leave it there. He’s one for the future.”