Santiago could clash with Stradivarius in Goodwood Cup 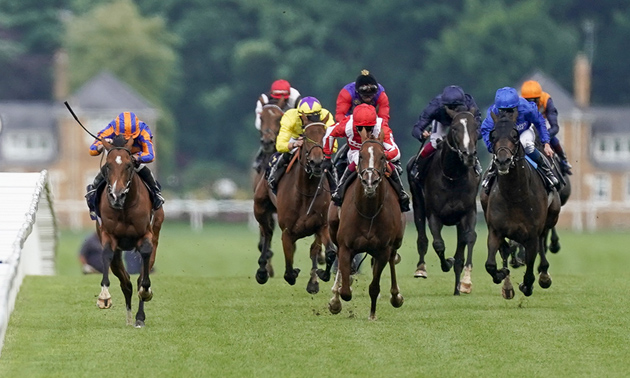 Victorious in the 14-furlong Queen’s Vase at Royal Ascot, Santiago dropped back to a mile and a half at the Curragh just eight days later and fended off stablemate Tiger Moth to take the Classic honours.

Just 8 days on from his #RoyalAscot victory, SANTIAGO bursts out the pack and holds on gamely from stablemate Tiger Moth to win the 2020 @DDFRacing Irish Derby at the @curraghrace! 🏇🇮🇪pic.twitter.com/N69fFh4STt

Aidan O’Brien’s charge is the ante-post favourite for the St Leger at Doncaster in September, but the Ballydoyle handler has raised the possibility of taking on John Gosden’s star stayer Stradivarius over two miles first.

Stradivarius joined an elite band when making it a Gold Cup hat-trick at Royal Ascot and will be bidding for a fourth Goodwood Cup win, having landed his first title as a three-year-old in 2017.

O’Brien said: “It could be straight to the St Leger, but we have it in our head he could go to Goodwood – we’ll just see how he is between now and then.

“We’ll give him a week before we have a good chat with the lads (Coolmore), so it will be straight to Doncaster or the two-mile race at Goodwood.

“It will depend on what the lads want, but we’ve always thought he was a horse who would stay very well and he showed that at Ascot.

“At the Curragh you have to stay very well as well. We had other horses in, so we knew it would be a test.”