Sandown on Saturday: Altior could clash with Put The Kettle On 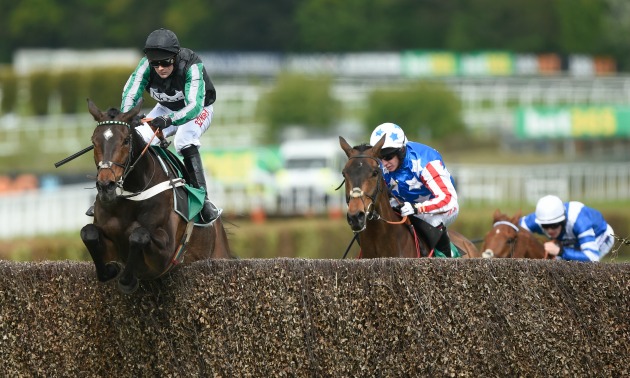 Queen Mother Champion Chase heroine Put The Kettle On is among Altior’s potential rivals in the bet365 Celebration Chase at Sandown on Saturday.

Dual Champion Chase winner Altior was forced to miss the race for the second year in succession following a late setback, but he looks set to round off his campaign by bidding for a fourth win in the Celebration Chase.

The Nicky Henderson-trained 11-year-old might not have things all his own way, however, with Henry de Bromhead’s mare Put The Kettle On set to be in opposition.

The Stowaway mare claimed her second Festival success in the Champion Chase last month, following on from her victory in the Arkle Trophy 12 months earlier.

De Bromhead could also saddle Ornua, while Paul Nicholls has a couple of hopefuls in Dolos and Greaneteen.

Another leading contender is Dan Skelton’s Nube Negra, who inflicted a shock defeat on Altior in the Desert Orchid Chase at Kempton earlier in the season, before finishing second to Put The Kettle On at Cheltenham.

Frodon and Tiger Roll could lock horns in the Grade 2 bet365 Oaksey Chase.

Winner of the King George at Kempton, the Nicholls-trained Frodon was last seen finishing an honourable fifth in the Cheltenham Gold Cup, while Tiger Roll was fourth on his latest outing in Aintree’s Betway Bowl.

Grade 2 honours are also up for grabs in the bet365 Hurdle, in which Goshen is the headline act.

The five-year-old hung his chance away in the Champion Hurdle at Cheltenham last month and connections will be hoping he can bounce back to his best on his return to a right-handed track.

He could be taken on by the last two winners of the race in Call Me Lord and Younevercall, among others.

The big betting race of the day is the bet365 Gold Cup and Clan des Obeaux heads the 20 confirmations.

The dual King George hero was last seen bouncing back to winning ways in the Betway Bowl at Aintree earlier this month – one of three winners on the card for co-owner Sir Alex Ferguson.

In the immediate aftermath of that Grade 1 victory, trainer Paul Nicholls raised the possibility of the nine-year-old contesting the traditional end-of-season highlight.

Should he take his chance, Clan Des Obeaux will carry 11st 12lb and concede upwards of 12lb to his rivals, including stablemates Soldier Of Love and Enrilo.

Welsh trainer Christian Williams has a couple of contenders for the three-mile-five-furlong contest in Kitty’s Light and Cap Du Nord, while Neil Mulholland is set to saddle both The Young Master and Doing Fine.

Clan Des Obeaux puts in a fine performance to win the Betway Bowl Steeple Chase and a famous hattrick for his owners! 👏#ITVRacing #GrandNational pic.twitter.com/D2X7KXOodw

Williams said of his pair: “The plan is to run the two of them.

“I’m not sure if Clan Des Obeaux will run or not. Paul does like to run them, but it’s a question of whether he’ll run him on that ground.

“It probably won’t make much difference to us if he runs or not. If he does we’ll be slightly out of the weights, which isn’t ideal, but Kitty’s Light isn’t over-big, so if he carries 10st it wouldn’t hurt.

“If Clan Des Obeaux does come out, then he’ll nudge up in the weights, but I wouldn’t be too worried either way.”

The Young Master won the race in 2016 and was second when the race was last run two years ago, while Doing Fine also has winning form over the course and distance.

Mulholland said: “The plan is to run both horses, all going well.

“It’s five years since The Young Master won it, but he’s still going strong and is as fit as we can get him.

“He hasn’t had a run for a while (since August), but he’s had a couple of away-days and this has always been the plan for him.

“Doing Fine won the London National at Sandown earlier in the season and likes it around there – he’s run well in this race in the past.

Henry de Bromhead’s Plan Of Attack and the Sean Doyle-trained Crosshue Boy could travel from Ireland.

Other hopefuls include Kim Bailey’s El Presente and the Venetia Williams-trained Cepage.