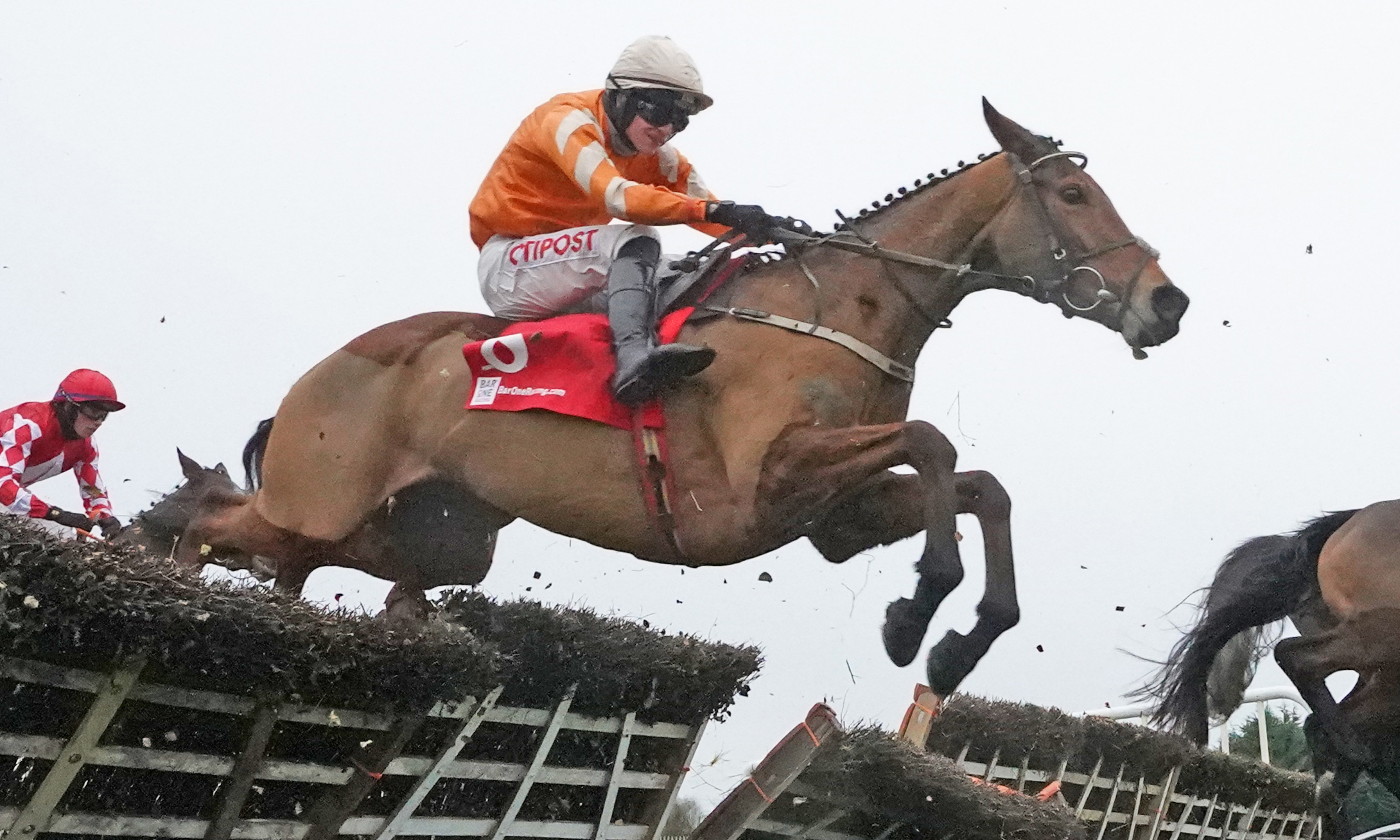 Statuaire caused a minor shock when getting up in the final strides to deny favourite My Mate Mozzie in the Baroneracing.com Royal Bond Novice Hurdle at Fairyhouse.

Willie Mullins saddled three runners in a race he had won eight times previously, but they were sent off as the three outsiders of the field.

However, the mare Statuaire (12-1) took a huge leap forward from winning her last two outings in the summer at Downpatrick and Wexford.

Dropped out in the rear by Danny Mullins, Statuaire seemed to want to go much quicker for most of the race and the pace was only steady, with the whole field covered by just three lengths until the third last.

The favourite My Mate Mozzie then took over, and he was sent off a 5-4 chance with the late absentee Three Stripe Life missing the race due to the quick ground.

Gavin Cromwell’s charge looked to have done enough running to the last but got in too tight, losing some momentum and Statuaire flew home to win by a short head.

Mullins also trained the last mare to claim the Grade One in Airlie Beach and the winner was introduced at 20-1 for the Supreme Novices’ Hurdle and 8-1 for the Mares’ Novices Hurdle at Cheltenham by Betfair.

Mullins said: “I had her in the handicap but I felt if she was ever going to win a Grade One, this was her chance. She can run in handicaps for the rest of her life.

“I felt the experience she had in France, the way she jumped – we hadn’t asked many questions and she’d won two out of two. She’d had a break and she got very strong during that, she filled out and got strong.

“A lot of things fell her way, they got racing early and got involved too far out, which gave Danny a chance to drop her out and have one run with her. He timed it to perfection.

“I suppose it bodes well for the rest of the novices, but she hasn’t done anything wrong and is three out of three.

“She’s improving and will probably go on to the Grade One at Leopardstown at Christmas now.

“You’d have to say the Mares’ Novices’ at Cheltenham would be the obvious target, but if she keeps improving she might go down the other route.”