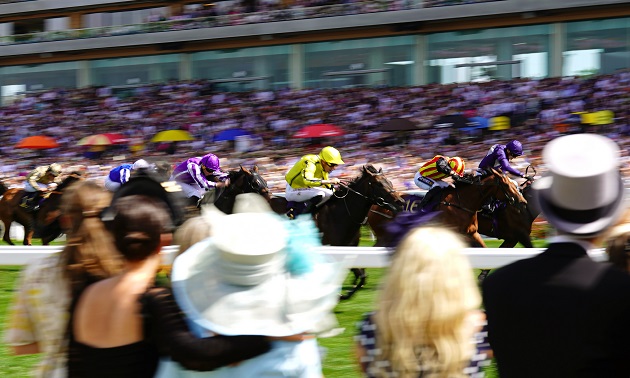 Perfect Power heads 16 contenders for Saturday’s Darley July Cup as he seeks to follow up his Royal Ascot success with glory at Newmarket.

Richard Fahey’s Perfect Power bounced back from 2000 Guineas disappointment with a decisive length-and-a-quarter victory in the Commonwealth Cup and leads the ante-post market as he prepares to take on older horses for the first time in the six-furlong Group One feature.

Perfect Power will be renewing his Ascot rivalry with second-placed Flaming Rib, who was supplemented at a cost of £36,000 on Monday by trainer Hugo Palmer.

The first three home in the Platinum Jubilee Stakes are set to clash again too, with Charlie Appleby’s pair of Naval Crown and Creative Force – who were first and second respectively – in the mix along with fast-finishing Australian raider Artorius.

Aidan O’Brien has two possibles to choose from in Cadamosto and New York City, while the Irish challenge is further enhanced by Edward Lynam’s Romantic Proposal, winner of her only outing so far this year, and Twilight Jet who finished last of 20 in the Commonwealth Cup but had a valid excuse.

Wokingham seventh Blackrod could make the leap from handicap company, with the list completed by Japanese raider King Hermes for Yoshito Yahagi.