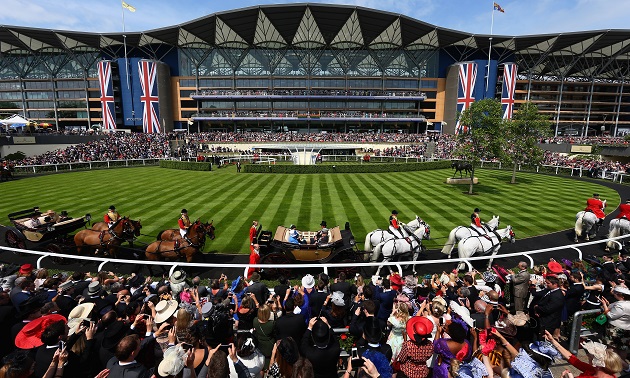 Mikel Delzangles thinks there is a “very strong chance” Mangoustine will tackle the Coronation Stakes at Royal Ascot following her victory in the Poule d’Essai des Pouliches at Longchamp.

In a thrilling finish to the French Classic, Mangoustine held off 1000 Guineas heroine Cachet by a head, with Times Square and Rosacea, who had finished ahead of the winner in the Prix de la Grotte previously, also involved in a four-way tussle at the winning post.

The Dark Angel three-year-old is owned by French-American basketball star Tony Parker, who in the immediate aftermath spoke of his keenness to run at Royal Ascot and his trainer is willing to oblige his wishes, although did warn a successful raid on foreign soil would be no easy task.

Delzangles said: “There is a very strong chance we will come over for the Coronation Stakes. She was good and courageous to beat the English filly Cachet, who is a very good filly. But she did it and she has come out of the race very well and hopefully now she can come to Ascot in June.

“It will be a very good experience for myself and all connections to have a runner in a Group One at Ascot. Inspiral might be the one to beat and we will have to meet Cachet again and there could be some top Godolphin and Irish horses there as well, so we won’t be expecting an easy race.”

The Frenchman, who won the 2000 Guineas at Newmarket with Makfi in 2010, could also be represented at the summer showpiece by Bubble Smart, who holds an entry in the Ascot Gold Cup.

The five-year-old mare was third behind Trueshan and Stradivarius in the Group One Prix Du Cadran last October and was on the premises once again in her reappearance when beaten less than a length in the Prix de Barbeville.

Bubble Smart is set to run in the Prix Vicomtesse Vigier at Longchamp at the end of the month and her handler hopes a strong showing in that Group Two will put her in line to also cross the Channel.

“She will run at Longchamp on May 26 and if she does well there, she might go for the Ascot Gold Cup,” continued Delzangles.

“I wouldn’t mind soft ground (at Ascot) as I think that is always better over long distances to preserve the horses, but she ran a very good race at Longchamp last time.

“The main thing for her is she needs pace in the race and the further the better, so two and a half miles in the Ascot Gold Cup would be perfect for her.”