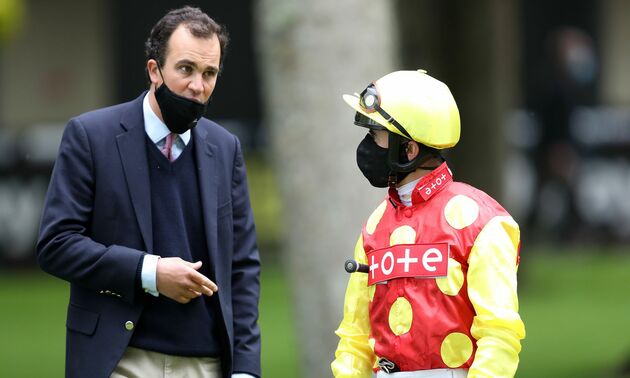 Trainer Tom Clover is starting to discover what dreams are made of following the rapid-fire progress of his Dubawi filly Rogue Millennium from a Wetherby maiden to the SBK Oaks Trial in the space of just two weeks.

Newmarket-based Clover had no hesitation in stating his intention to supplement his 15-2 Lingfield winner into the Oaks itself after she had gamely resisted the renewed challenge of long-time leader Mystic Wells under Jack Mitchell by a head.

His statement that at this time of year with a fast-improving distaffer the sky can quickly become the limit holds water, and especially so to the 200-plus members of The Rogues Gallery syndicate that own the winner.

Clover explained: “They are great sporting people who absolutely adore it. Whether it’s an owners’ event or a day trip to watch the horses, their enthusiasm is boundless.”

Detailing the claims of his winner, Clover, whose first runner in a Classic she will be, went on: “She’s by the right sire and we decided before coming here that if she won she would be added to the Oaks field.

“She’s still green, and has improved with each piece of work. I actually feel a little guilty about asking her to go to Epsom, but we have to go. She’s just flourished and I hope she can continue to progress.”

Mitchell alluded to the inexperience of his mount when summarising her run to the owners, a large potion of whom were on hand to watch her unsaddle.

The jockey said: “She was rolling about a bit coming down the hill, but once she levelled out she was strong right the way to the line.”