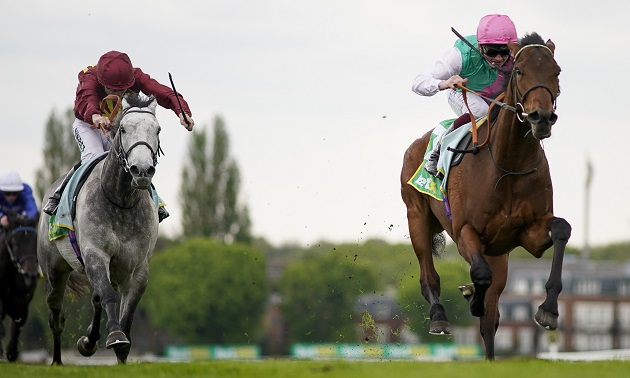 Rob Hornby has confirmed he will be reunited with Westover in next Sunday’s Prix de l’Arc de Triomphe at ParisLongchamp.

He will take over from Colin Keane, who won the Irish Derby aboard the Ralph Beckett-trained Westover.

Hornby partnered the Juddmonte-owned homebred when victorious in the Sandown Classic Trial and then finished a fast-finishing third to Desert Crown in the Derby.

However, Irish champion jockey Keane replaced him at the Curragh before he finished fifth in the King George VI and Queen Elizabeth Stakes.

“It was confirmed yesterday evening that I’m going to ride him in the Arc, which is hugely exciting and I’m really looking forward to getting back on him,” Hornby revealed on Luck on Sunday.

“He’s in great form, I’ve ridden him in his last four pieces of work and he seems good.”

Westover, a son of Frankel, has won three of his seven starts and bookmakers make him a general 16-1 shot for the Arc, with the Aidan O’Brien-trained Luxembourg the market leader at 4-1.