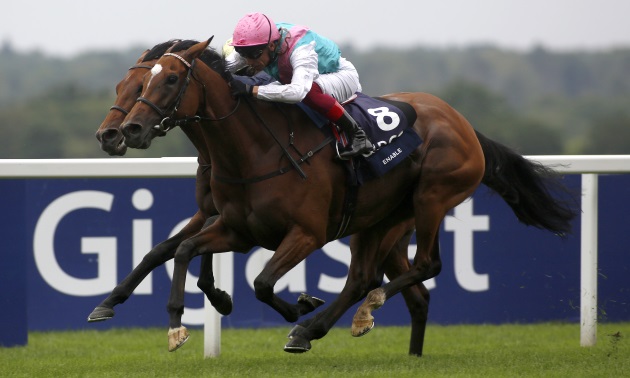 Get Timeform’s expert analysis in Racehorses of 2019 – out now!

The Timeform annual ‘Racehorses of 2019’ is out now. With 1,216 closely-printed pages and half a million words to get your teeth into, bringing the 2019 Flat-racing year vividly back to life, there’s no better way to reminisce, and to arm yourselves with pointers for when racing does recommence. Here, we take a look at just a few of the topics raised…

Racing needs to stand firm against the ill-informed minority

‘Racehorses’ urges the BHA to do more to ‘try to combat the damage being done to the sport by an ill-informed minority – with more platforms than ever to voice its opinions – whose perceptions are completely unrealistic.’ The sport, which is about ‘finding the best horses and requires maximum effort from both equine and human participants’, should be working to improve public acceptance of the whip, for example, which ‘padded nowadays so it cannot hurt, has always been part of the game and, used correctly and skilfully, is not a welfare issue in modern-day racing in Britain.’

In the face of the growing public concerns around horse welfare, and gambling, the annual also emphasizes that ‘Racing is a an entirely legitimate activity – operating well within all national legislation including the Animal Welfare Act of 2006 – and it provides jobs, directly or indirectly, for 85,000 (around 17,500 at its core) and makes an overall annual contribution to the UK economy of £3.5bn, which counters any argument that horse racing is an anachronistic legacy of some earlier age.’

Only two Breeders’ Cup winners in the last four years have raced “clean”, i.e. without the use of the drug furosemide (lasix), which can enhance performance as well as prevent bleeding. It is also a masking agent which prevents the detection of other substances, and its use brings into question ‘the integrity of the competition in the major international events staged in the States’. The majority of foreign challengers adopt a ‘when in Rome’ policy – all thirteen winners of the championship races at the latest Breeders’ Cup, held at Santa Anita, were injected with furosemide on race day, including Iridessa whose success avoided a whitewash for the visitors.

Santa Anita was in danger of losing the event to another course as a result of high fatality rates, prior to a shutdown for extensive work on the track itself, but the course’s troubles, coupled with the fact that animal rights groups are making life difficult for American racing, might help the passage through Congress of the long-awaited Horseracing Integrity Act. Under the Act, all medication would be banned for horses within twenty-four hours of racing. That would at least bring American racing more into line with nearly every other major racing country and help to promote the integrity of the competition in the major international events staged in the States.

Can a two-year-old really qualify for the label of ‘great’?

Timeform has never baulked at describing a horse as ‘outstanding’ or ‘great’ just because its performances were achieved at the age of two, provided that the form, as we see it, merits the description.

Only time will tell if any of the two-year-old colts Mishriff, Mums Tipple, Wonderful Moon, Alson or Enzel go on to be top-class racehorses. All of them were winners in the latest season by margins more often seen over jumps than in races on the Flat. Apart from Mums Tipple, all these wide-margin winners put up their performances late in the year in testing conditions, which is usually a good reason to treat such form with a degree of caution. But in a wet autumn all over Europe when very easy winners were not that uncommon, no two-year-old made quite the same impression as Godolphin’s Pinatubo.

Pinatubo’s best effort in an unbeaten six-race campaign came when a most impressive winner of the National Stakes at the Curragh by nine lengths. He didn’t need ground like a bog to express, or exaggerate, his superiority over some smart rivals, while his performances on the clock ‘mean he can only be a genuine top-notcher’. Whatever the future holds for him, Pinatubo was an outstanding two-year-old who belongs among the best horses of that age assessed by Timeform over the last four decades.

Competition is strong among yards in the North with the stables of Mark Johnston, Richard Fahey, David O’Meara and Tim Easterby all topping the hundred-winner mark for the year as well as finishing in the top dozen or so in the country on prize-money earnings. Yorkshire has had many fine trainers over the years, but the county hasn’t had a winner of the trainers’ championship on the Flat since Captain Charles Elsey took the title when he was based at Highfield Stables in Malton back in the middle of the last century.

If a Yorkshire-based trainer is to end the drought and provide the county with a champion trainer again, it is most likely to be serial record-breaker Mark Johnston. If the trainers’ championship was determined by number of wins, Johnston would have been champion thirteen times, but the title is decided on prize-money. Johnston has been runner-up twice, in 2003 and 2006, and in the latest season, for the second year running, he recorded a new mark for the Kingsley Park training operation when his stable earned £5,069,177 in first-three prize money, bettering the previous year by over a million and putting Johnston third behind John Gosden and Aidan O’Brien.

In terms of number of wins, Mark Johnston was again out on his own, the achievement the previous season of becoming the most prolific winning trainer in British racing history seeming to spur on his stable to new heights.

‘Racehorses of 2019’ is out now and is available at a cost of £79 at timeform.com/shop and Amazon. A free extract, which includes the essays on the astonishing York winner Mums Tipple, the winner of the first £1m Ebor Mustajeer and Sir Michael Stoute’s Lockinge winner Mustashry, is available at http://bit.ly/TFRCH19