Prince of Wales's Stakes: What the trainers say 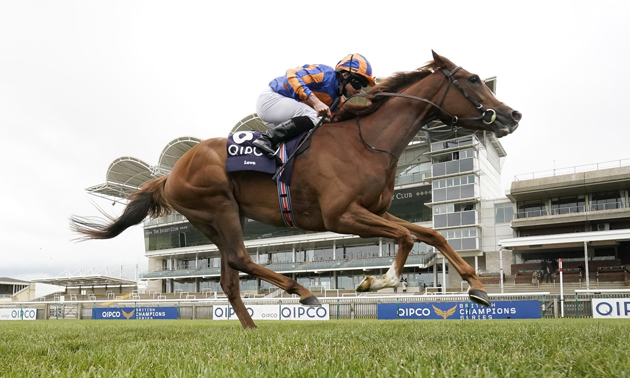 Love will finally get the chance to build on her perfect three-year-old season when she reappears in the Prince of Wales’s Stakes at Royal Ascot.

Aidan O’Brien’s filly was favourite for the Prix de l’Arc de Triomphe until she was ruled out on account of the soft ground – before the contaminated feed scare which resulted in some of his string being unable to run in any case at ParisLongchamp in October.

Love, a Group One winner at two in the Moyglare Stud Stakes as well, was imperious last summer – winning the 1000 Guineas, Oaks and Yorkshire Oaks by an aggregate of 18 and a quarter lengths.

Several options this season have come and gone, with O’Brien waiting for her preferred quick surface – and she will have that in her favour on Wednesday.

“She’s been waiting to start back a while – and while the ground is right, we’re keen to get her started,” said O’Brien.

“Her other option was the Pretty Polly (June 27 at the Curragh), and we could have waited for that against her own sex – but by then the ground could have gone (soft) again.

The Ballydoyle trainer also runs Armory, placed in both the Irish Champion Stakes and the Cox Plate last year.

He returned to action with a stylish victory at Chester over the reopposing Sangarius.

“This race has always been the plan for Armory – and that is why he went to Chester, to get ready for it,” said O’Brien.

“Going to Chester, we were a little bit worried about how he’d handle the soft ground – but good, fast ground is what he likes and needs.”

John and Thady Gosden’s Lord North was very impressive in winning this race 12 months ago, and returned to that sort of form when successful in the Dubai Turf last time out.

He was found to be bleeding after the race, but Gosden senior has confirmed it was nothing serious.

“He whacked his head on the gate – he’s a lunatic in the gate, which was where the blood came from,” he said.

“The reason he was gelded was because he almost destroyed the gate at Newcastle one day. At the Breeders’ Cup last year the gates opened, and he went up into the rafters.

“It will be exciting taking on Love. She was exceptional last year, but she only raced against her own sex. I was thinking she was the one for the Arc, but that wound up on what the jockeys say was the deepest ground ever at Longchamp.

“I also like Armory a lot. It’s a nice edition – one of those small but select fields.”

The race forms part of the Qipco British Champion Series, and James Fanshawe agonised over whether to set his Breeders’ Cup winner Audarya such a stiff task first time out.

“It’s a tough introduction for her,” he said.

“But it would have been tough going to Ireland first time out too, and I wanted to keep her against her own age group (the Pretty Polly is open to three-year-olds).

“She seems really well and she’s very straightforward to train day to day, although she has a fairly prickly personality and appreciates her own space.

“She’s very tough and hardy, as she showed when losing only ten kilos on that long trip to Keeneland and back, via Chicago.”

Haggas has been wanting to step My Oberon up in trip and said: “I’ve got my wish.

“He ran very well in France (third in Prix d’Ispahan) when his jockey (Ioritz Mendizabal) was very pleased with him. I think we’ll just wait a bit with him and see what happens.

“It looks a very good race, if they all pitch up in good form then we’re going to struggle.”

Haggas did have Addeybb engaged, but the forecast rain is not due to arrive until Thursday.

“We could have done with the race a day later for him. We’re thinking he might go for the Eclipse if the ground is fine,” said Haggas