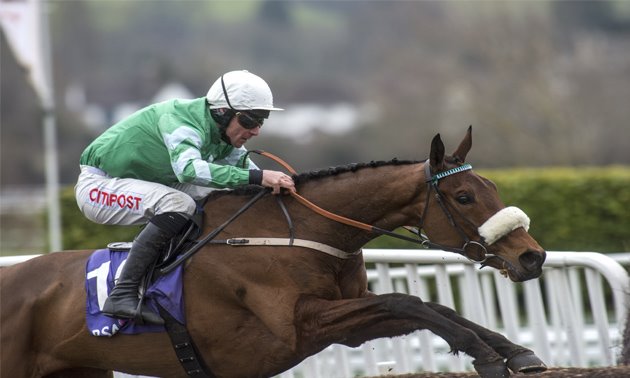 Presenting Percy made a successful return to action in the John Mulhern Galmoy Hurdle at Gowran Park.

Despite having been off the track since securing his second Cheltenham Festival success in the RSA Chase in March, Pat Kelly's stable star heads the market for the blue riband at Prestbury Park in six weeks' time - and did nothing to dent his claims on his belated reappearance.

The eight-year-old was the 9-4 market leader to claim this Grade Two prize for the second year in succession and travelled powerfully for much of the three-mile journey in the hands of Davy Russell.

He was chased into the straight by the Willie Mullins-trained trio of Bapaume, Killultagh Vic and Limini, where Russell had to get to work.

However, Presenting Percy responded well to his rider's urgings, going to the last with his ears pricked and ultimately finishing well on top as he passed the post a length and a quarter to the good.

PRESENTING PERCY makes it back-to-back victories in the (Grade 2) John Mulhern Galmoy Hurdle at @GowranPark1 on his seasonal reappearance!

Bapaume beat stablemate Killultagh Vic to the runner-up spot by a head.