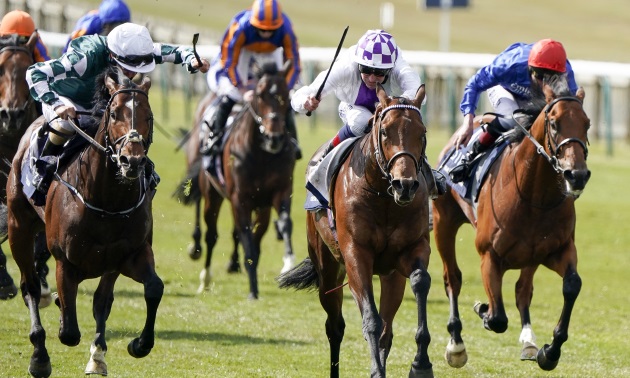 Poetic Flare is the star attraction among 10 contenders for the Qatar Sussex Stakes at Goodwood.

Jim Bolger’s charge has been kept busy since claiming Classic glory in the 2000 Guineas at Newmarket in May – finishing sixth in the French Guineas and runner-up in the Irish Guineas before his sensational victory in the St James’s Palace Stakes at Royal Ascot.

Poetic Flare is a red-hot favourite to add to his Group One tally when he faces his elders for the first time on Wednesday.

Aidan O’Brien, who has saddled five previous winners of the Sussex Stakes, this year runs Breeders’ Cup Mile winner Order Of Australia and Queen Anne runner-up Lope Y Fernandez. Battleground, who won the Vintage Stakes at Goodwood last summer, was initially also declared for Ballydoyle but is a non-runner after a bad scope.

The two fillies in the field are familiar rivals Alcohol Free and Snow Lantern. Andrew Balding’s Alcohol Free came out on top when the pair met in last month’s Coronation Stakes, but the Richard Hannon-trained Snow Lantern turned the tables in the Falmouth three weeks ago.

Hannon has a second string to his bow in Chindit, who finished fifth behind Poetic Flare in both the Guineas and the St James’s Palace, while Tilsit is stepped back up in grade by Charlie Hills after winning Ascot’s Summer Mile.