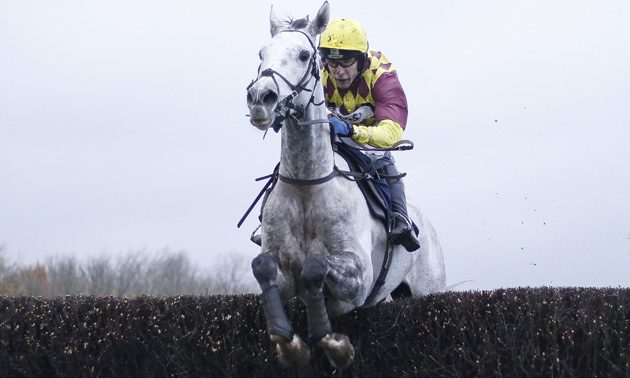 The Becher Chase at Aintree and the Welsh Grand National at Chepstow are both under consideration for Ramses De Teillee following his battling victory at Cheltenham.

The grey staying chaser successfully switched back to the smaller obstacles to win a couple of Grade Two novice hurdles last season, before finishing down the field in the Albert Bartlett and in the French Champion Hurdle.

He got back on the winning trail with a short-head triumph over Yala Enki in a Grade Three event at Prestbury Park and could tackle the Grand National fences on his next appearance.

Ramses De Teillee just gets his grey nose ahead of Yala Enki to land the Planteur At Chapel Stud Handicap Chase @CheltenhamRaces under @tommyscu for the @DavidPipeRacing team 💪#TheNovemberMeeting pic.twitter.com/msvY3JGD1T

Pipe said: “What a horse. He battled all the way to the line and he’s been brilliant for his owners and everyone at Pond House.

“He’s entered in the Becher at Aintree and the Welsh National and I expect he’ll be going for one of them.

“The Becher might come a bit quick as he had a tough race the other day, but it’s a possibility. We’ll see what the ground is like, too.”