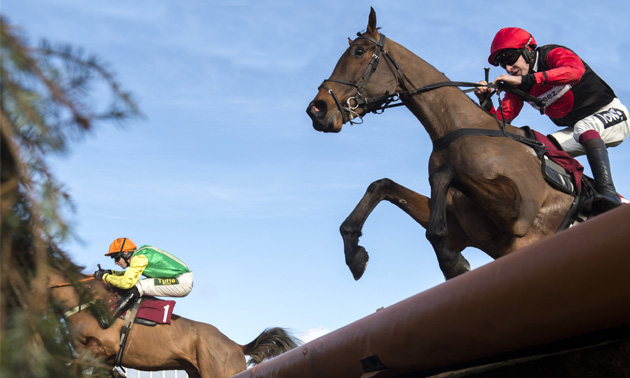 Get the Timeform verdict for each contender for the Peter Marsh Chase at Haydock in our runner-by-runner guide.

Ex-French who showed much-improved form to win here (21.6f) and at Kempton this season, looking well ahead of his mark on handicap bow at the latter course. Hit with a 16 lb rise but has more to offer.

Kicked off last term with wins at Wetherby and this C&D but has struggled since, including all three starts this season. Back on winning mark now at least.

A wonderful performance from Crievehill under 11-12, as he goes clear under @samtwiston to win the Cashout In-Play With Betfair Handicap Chase for @NigelTwistonDav and @HighclereRacing pic.twitter.com/kfkgGJablH

Better than ever at the age of 11 when winning the Grand National Trial over 3½m here (heavy) in February. Down the field on both starts this season but not without a chance under these conditions.

Signed off last term with a career-best win in a 3m handicap chase at Uttoxeter. Well held first two starts this season but back to his best to win the Tommy Whittle over C&D. Similar test here so shortlisted.

Sam's Adventure toughs it out to land the £40,000 @Betfair Tommy Whittle Handicap Chase, bouncing back to form under Brian Hughes for @BERacingLtd at @haydockraces pic.twitter.com/h6tT3TJhVj

Low-mileage 7-y-o who landed a Chepstow novice last season. Excellent third at Cheltenham on reappearance but disappointed fitted with headgear at Chepstow since. 1 lb out of weights.

Stepped up on hurdle efforts when landing 25f Aintree novice handicap on chase debut/return. Disappointed next two starts, however, so has a bit to prove with headgear re-fitted. 1 lb out of weights.

Useful chaser who made a winning return at Warwick before an excellent second in a Cheltenham Grade 3 handicap. Shaped as if still in form at Sandown since and is proven over C&D. 2 lb out of weights.

Back to his best with a last-gasp win in a 26f Uttoxeter handicap in November but merely underlined inconsistency at Kelso tje following month. Change of headgear. 4 lb out of weights.

SAM BROWN's opening mark is a fair one judged on his win in a Grade 2 novice here last season and he remains unexposed, especially at this sort of distance. He's narrowly preferred to Royale Pagaille, who looked a good prospect when making a mockery of his opening mark at Kempton.

Sam's Adventure completes the shortlist having won the Tommy Whittle over C&D under similar conditions 5 weeks ago.