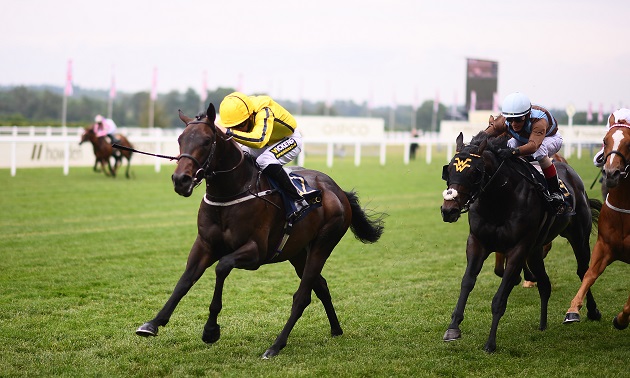 Richard Fahey reports stable star Perfect Power to be firmly on course for the Qipco British Champions Sprint at Ascot on Saturday week.

The Ardad colt claimed his third victory at Group One level in the Commonwealth Cup at Royal Ascot in June, adding to his previous top-level wins as a two-year-old in the Prix Morny and Middle Park Stakes.

However, he has since disappointed as favourite for both the July Cup at Newmarket and on his return to France for the Prix Maurice de Gheest at Deauville in early August.

Having given his charge a short mid-season break, Fahey is hopeful he will show his true colours on Champions Day.

“We gave him a little bit of a break and he’s been training real good. We’ve had him away a couple of times, he’s in great order and we’re looking forward to it.

“He loves Ascot. I thought about going to France, but speaking to Sheikh Rashid (Dalmook Al Maktoum, owner) we decided to go straight there (Ascot) with him.

“He just doesn’t want the ground very firm. He’s had quite a few runs on very firm ground and it just wasn’t suiting him. A bit of decent ground would be great.”

With Perfect Power’s regular rider Christophe Soumillon sidelined by suspension following a well-publicised incident at Saint-Cloud last week, connections are on the lookout for a replacement.

He added: “There have been discussions and Bruce Raymond (owner’s racing manager) is on with that at the moment.”