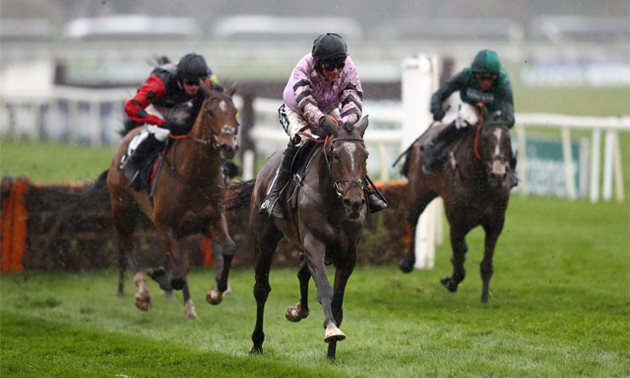 The five-year-old won the Triumph Hurdle at last year's Cheltenham Festival before following up in the Grade One juvenile hurdle at Aintree's Grand National meeting.

However, Pentland Hills has been out of luck in two starts so far this term, most recently when beaten a nose in a Haydock Grade Two last month.

Ballyandy gets up for an unlikely victory in The New One Unibet Hurdle.

Another @samtwiston special, and a fitting victory for the Twiston-Davies team in the race named after their stable star @haydockraces pic.twitter.com/zQJ72bGq17

Henderson reports the Motivator gelding to have had "a small wind procedure" subsequently as looks to get his hurdling star on top form for next month's Festival showpiece.

He told his Unibet blog: "It wasn't done because he was making any noises, but it just occurred to us that it is something he can benefit from and it wouldn't do any harm.

"At Cheltenham I just thought he needed the race, but in a funny way he came there again at Haydock travelling like the best horse in the race and looking as though it was all going to be very straight forward, but he didn't finish his race as well as he should have done and got caught, albeit on bad ground, but often you find it possible that horses have problems in something like their soft palate which no one can see (or hear) even when they are scoped, so we have decided to do it.

"It might help, it might not, but it will do him no harm whatsoever so it's worth a try and we'll find out if it has worked when he runs in the Champion Hurdle."

Henderson also had an update on Never Adapt, who was pulled up after jumping just one obstacle in last week's Betfair Hurdle.

He added: "Unfortunately it is not good news where Never Adapt is concerned and I'm sad to report that she fractured her pelvis in the Betfair Hurdle last Saturday and is currently about two boxes down from Buveur D'Air at Donnington Grove vets in Newbury.

"It's a terrible shame, but she is in the best place and will obviously be off for quite some time."