Pauling focusing on next season after difficult campaign 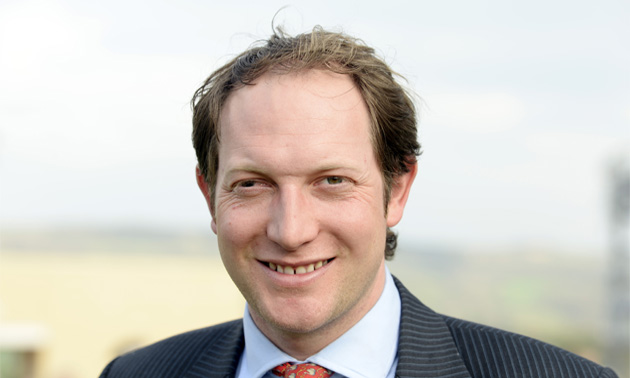 Ben Pauling is excited to see what his team can achieve next season after consigning a difficult campaign to the history books.

After spending six years as second in command to multiple champion trainer Nicky Henderson, Pauling went it alone from his yard in Gloucestershire yard in 2013 and has already enjoyed huge success.

Having enjoyed Grade One glory through Barters Hill and Cheltenham Festival victories with Willoughby Court and Le Breuil, Pauling hit a significant bump in the road last autumn, with some disappointing results leading to him shutting down his yard entirely for a month.

A bad batch of hay was put down as one of the chief reasons for the loss of form and after dusting himself and his horses down, there have been plenty of shoots of recovery from the Christmas period onwards.

"I think it's fair to say it's not been the most joyous of seasons for us. For various different reasons things just didn't slot into place," said Pauling.

"From Bright Forecast suffering from a fibrillating heart, to all the horses running way below par for a lot of the first half of the season without us really knowing what was wrong.

"Thankfully we got it sorted in the end, but it was a tough time and it makes you appreciate the good days even more."

Unfortunately for Pauling, a strong second half of the campaign has been curtailed by the coronavirus pandemic.

"The horses seem in outrageously good form now. It's disappointing the season came to a crashing end as our horses haven't had an overly hard time and we were looking forward to a strong spring and early summer," he added.

"We were thinking Aintree was going to be a good few days for us and it's painful to think we'd have been going there Thursday, but there's nothing we can do about it.

"The upside is we've got a team of very nice horses, some of whom will go into next season nicely handicapped as they've been able to run up to their best this season

"Our seventh full season has effectively finished and we've had six amazing years with not much need to look sideways. This has been an uninspiring season for us, but we have reasons for it and I think there's a hell of a lot to look forward to."

The highlight of Pauling's up-and-down season was the Grade Two success of Global Citizen in the Wayward Lad Novices' Chase at Kempton in late December. The eight-year-old was last seen finishing fourth in the Arkle Trophy at Cheltenham.

Another horse to run with credit at the Festival was Kildisart, who was beaten just a neck by The Conditional in the Ultima Handicap Chase and was due to line up alongside stablemate Le Breuil in the Randox Health Grand National before the Aintree spectacular was cancelled.

Pauling said: "We've never even had a runner in the National before, so to be going there this year with what we felt were two live chances was hugely exciting. Both horses will be on the National trail again next season.

"I expect Global Citizen to make up into a top-class two-mile chaser. I really feel that on good ground he'd have nearly won the Arkle - he ran a fantastic race to finish fourth considering the ground was completely against him."

Another horse the Bourton-on-the-Water handler is looking forward to seeing return is Your Darling, who was hailed "as good a horse as Best Mate" by his purchaser Henrietta Knight following a sparkling bumper debut at Newbury, but was subsequently pulled up at Warwick.

Bright Forecast, meanwhile, is set to embark on a career over fences later in the year, having been sidelined by a heart problem since finishing third behind City Island and Champ in the 2019 Ballymore Novices' Hurdle.

"Your Darling remains a very exciting horse. I know he flopped last time, but he wasn't right afterwards and he could be anything - I hope he's going to be a high-class novice hurdler next season," Pauling added.

"Bright Forecast will be back and he should go right to the top of the tree over two and a half or three miles. When you think he was beaten two lengths by Champ in the Ballymore, despite still being very green, he must have a huge engine and he's an exceptional jumper.

"You've got to be positive and I think next season could be a real humdinger for us."