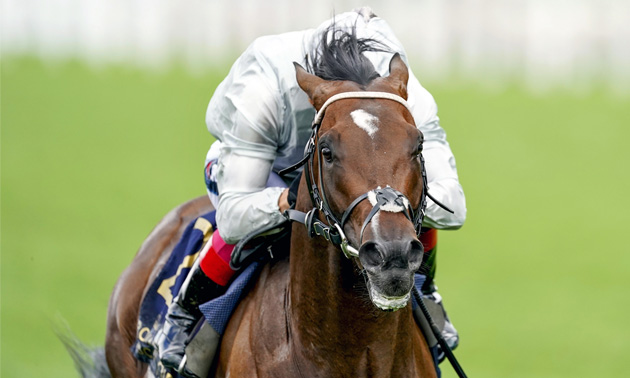 The John and Thady Gosden-trained Palace Pier has only lost once in his 10-race career but that defeat did come in this race 12 months ago.

Connections blamed the testing ground on that occasion but with the weather set fair this week, better conditions are anticipated.

Palace Pier is set to clash with William Haggas’ hitherto unbeaten Baaeed in what promises to be a highlight on Qipco British Champions Day.

The three-year-old has come from nowhere this season and was unraced until June, but took the step up to Group One company with aplomb when winning the Prix du Moulin last time out.

Last year’s winner The Revenant is back again for French trainer Frances-Henri Graffard.

Following a couple of defeats on unsuitably fast ground in the spring, he returned to something like his best when a fast finishing second to Real World in the Prix Daniel Wildenstein on Arc weekend.

Andrew Balding’s filly Alcohol Free is another top-class contender who in any other year would be among the favourites. She beat the boys in the Sussex Stakes at Goodwood and has been on a small break since failing to see out 10 furlongs in the Juddmonte International at York.

Aidan O’Brien’s Mother Earth has been on the go since winning the 1000 Guineas and has been admirably consistent, most recently finishing second to Saffron Beach in the Sun Chariot.

Saeed bin Suroor has left in his stable stalwart Benbatl, who returned to winning ways last time out and he will be enthused by the forecast, while his Godolphin compatriot Charlie Appleby could run Master Of The Seas.

William Jarvis’ Lady Bowthorpe was one of the most popular winners of the season in the Nassau Stakes, but she needs to bounce back having disappointed in the Prix Jean Romanet.

David O’Meara’s veteran Lord Glitters and the Jessica Harrington-trained Njord – both previous winners of the Balmoral Handicap which closes the Ascot card – complete the field.