Owner John Dance to employ private trainer at new base 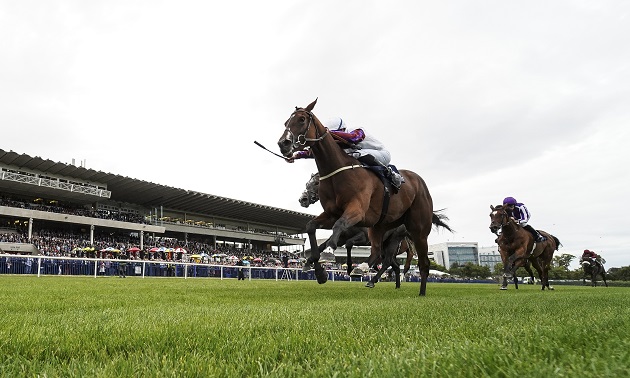 Dance announced last year he would be taking a step back from ownership having become frustrated with aspects of the sport, selling the majority of his horses.

However, by his own admission his intention to have a quiet 2021 while he reevaluated his strategy has gone “slightly pear shaped” with the acquisition of a new yard.

Dance is to also launch new colours, gold and black, to signify that the horses now also run in the name of his wife Jess as well.

Manor House Stud is an historic yard, formerly owned by Lenore ‘Lennie’ Peacock, who died in March 2019 at the age of 97. The last northern-trained Derby winner, Dante, was born and raised there.

In a statement on his Dance Thoroughbreds Twitter account, Dance – whose brilliant filly Laurens won six times at Group 1 level – said: “We announced a temporary wind down of our operations last summer so we could step back from racing for a period and reevaluate.

“It proved a brilliant decision for us both, especially me personally as the mental space it created suddenly allowed me the opportunity to come up with a revised strategy for our participation.

“It (the yard) is in the most beautiful location and has stunning views, beautiful paddocks and incredible grass. We intend to split the farm into two separate operations, one a top-class private training facility and the other as a development stud for our homebred yearlings.

“Having dreamt up this plan in late 2020, we did buy a few sneaky yearlings from the December sale, bought a few previously unsold two-year-olds earlier this year from trainers and to complete what Jess has calls ‘the worst year off ever’ were very active at the Craven Breeze-Up sale.

“James has a fantastic CV for moving into the training ranks, and the team has very similar aspirations and philosophies. We are all looking forward to the yearling sales where we will officially start this exciting journey.”

Laurens was trained by Karl Burke, while Dance also has horses with Richard Fahey and others.

He added: “We will naturally have a large number of horses at ‘home’ but we will continue to support our existing northern Flat trainers, this year and beyond, with new horses in Jess’ and my own name and also those of Titanium Racing.

“As a result we hope that the benefits of our planned investment will extend beyond our home farm and facility, but into the wider Middleham and northern training communities.”