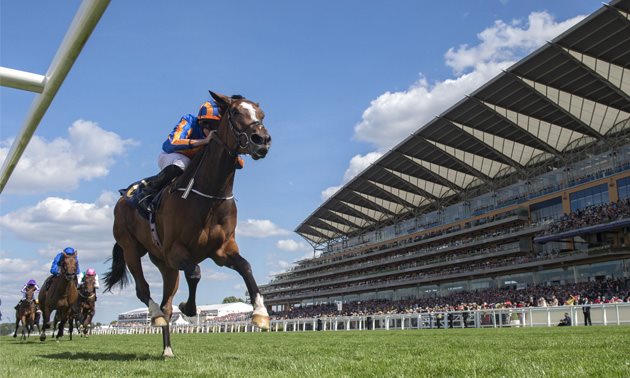 The four-year-old filly enjoyed a workout before racing at Dundalk on Friday evening, and could be aimed at either the Dubai Turf or Dubai Sheema Classic on March 30.

A daughter of Galileo, she was last seen running a fine race to be second in the Pegasus World Cup Turf Invitational at Gulfrstream Park in January.

O'Brien said: "Magic Wand did a bit of work with a lead horse and we are thinking of going to Dubai with her.

"She will either go over nine furlongs (Turf) or a mile and a half (Sheema Classic)."

As well as her victory in the Ribblesdale Stakes at the Royal meeting, other high-class efforts for Magic Wand last season included second-place finishes in both the Prix Vermeille and Prix de l'Opera.

MAGIC WAND makes it a quickfire double at #RoyalAscot for Aidan O'Brien and Ryan Moore with a dominent display in the Ribblesdale!

Another runner for O'Brien on the big Meydan card could be Lost Treasure in the Al Quoz Sprint.

The Ballydoyle trainer added: "Lost Treasure also worked and he could go for the sprint if he gets in."