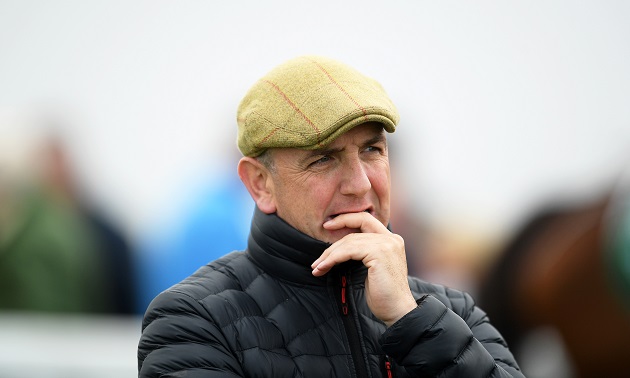 Fergal O'Brien will never know how many winners he could have trained in the full 2019/20 National Hunt season, but he has few complaints after a record-breaking campaign.

Like every other jumps trainer in the country, plenty of 'what ifs' will remain forever unanswered for O'Brien following the British Horseracing Authority's decision to suspend racing until the end of April as a result of the coronavirus pandemic.

While the sport enters a period of uncertainty, O'Brien can at least take great satisfaction from amassing a personal-best tally of 63 winners in a year which saw him up roots and switch yards.

O'Brien said: "It is a great achievement considering we have moved yards this season from Naunton to Ravenswell Farm. It was lovely to end the season with a couple of winners, at Kelso with Proper Ticket and with Global Fame at Wetherby, before the season was stopped.

"I'm very much a glass half full man and I would have been devastated if we had got to 60, which was our previous best, then the season had stopped.

"Who knows what we would have got to, but we got to 63 and that was better than our previous best total, while there was a lot more consistency this year."

There may have been no standout performer on track this season for O'Brien, but there is one moment he believes sits above everything else.

He said: "The highlight was having the treble at Cheltenham in October. We had such a hard few months leading up to that, with trying to move the horses and putting the new gallop down.

"To turn up and have three winners on the first day back at Cheltenham was unreal.

"There may have been no one particular standout horse and no Cheltenham Festival winner, but that day was pretty special."

One thing O'Brien believes has been a key to his increased success rate this season is making the move from Naunton to Ravenswell Farm.

He said: "I'm delighted with what we have at Ravenswell Farm and if you were a trainer looking for somewhere to go, this would be it.

"We have a four-furlong uphill gallop and a furlong-and-a-half schooling strip and we plan to add a three-furlong round gallop in the spring which is another good thing to have on side.

"The staff have been so much on board with the transition and it has helped revive some of the horses like Perfect Candidate and Gino Trail, who has recently come to us."

O'Brien is quick to praise the support he has not only had from the team around him but from his regular riders, in particular Gold Cup-winning jockey Paddy Brennan.

He said: "None of this is possible without the staff I have and I have two great people in Sally Randell (partner and assistant) and Neil Juckes, who does the race planning.

"Chris Coley has been great as an owner and as a business partner and Dr Simon Gillson does a great job with our social media.

"The jockeys, Paddy Brennan, Connor Brace, Liam Harrison and Max Kendrick, have been a big help, especially Paddy as he loves helping the three younger lads learn and everyone knows he is a massive part of what we do."

With bright futures predicted for a number of his current string, O'Brien hopes with a bit of luck he can soon enjoy big winners more regularly.

He said: "Global Fame, our last winner, is a real nice sort and looks an out-and-out chaser, while Champagne Well is another nice horse going forward over fences.

"Ask A Honey Bee and Brief Ambition are two nice novice hurdlers for next season.

"If we keep doing what we we are doing and keep having the winners then the graded-race horses will inevitably come along."