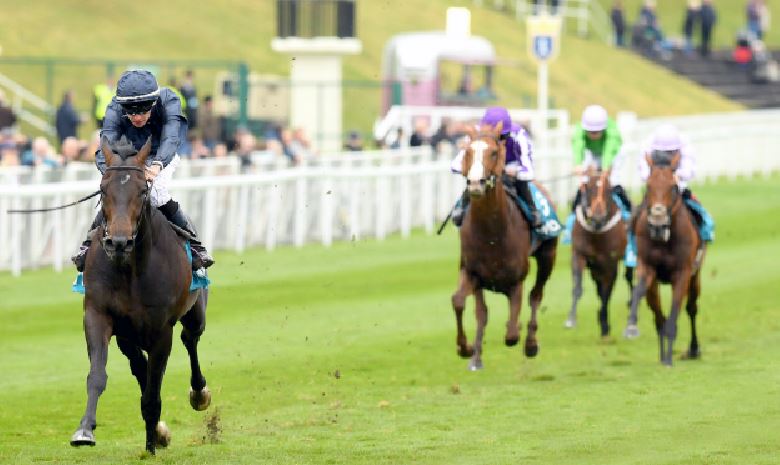 Sir Dragonet is the star on show as the Flat Turf season gets underway at Naas on Monday.

Delayed by 24 hours because of the amendment to the fixture list during the coronavirus outbreak, Monday's Listed Devoy Stakes is being used by Aidan O'Brien as a launchpad for last year's Derby favourite.

Sir Dragonet did not make his debut until the end of April last year, when an impressive winner at Tipperary, and he progressed so much he went on to win the Chester Vase by eight lengths as the stable second string under two weeks later.

Supplemented into the Derby, he ran a solid race to be fifth behind stablemate Anthony Van Dyck - beaten less than a length in a blanket finish.

After a break, when he was surprisingly beaten in the Royal Whip, Sir Dragonet stepped up in trip and finished fourth in the St Leger at Doncaster.

As he prepares for his return, O'Brien said: "We're happy with him.

"He's just ready to start back, and we're hoping that he can run a nice race.

"I think the ground will be riding pretty testing, but you'd expect that for this time of year."

Sir Dragonet is one of seven in the field, with Joseph O'Brien's Numerian, Jim Bolger's Halimi and Dermot Weld's Brogue among the opposition.

O'Brien is well represented on the card, and unusually for him is also involved in the first juvenile race of the season.

This year, Uncle Mo colt Lipizanner will become his first representative in the Irish Stallion Farms EBF Maiden since 2013 - although O'Brien worries the testing ground may be against him.

"We're used to soft ground over here at this time of year, but obviously you are never sure how they are going to handle it until they run on it," he said.

"All ours are just ready to start - but he's like the majority of ours, I would imagine, in that he'd prefer better ground. That's just where we are at the moment, and I would imagine that will be the way with most of them.

"The situation with the virus hasn't affected our thinking regarding runners, really. We take everything into consideration every year - and they are either ready to start or they aren't."

Jim Bolger has a good record in the race, and won it three years on the bounce between 2011-13 - with champion juvenile Dawn Approach winning the middle leg.

Bolger runs Poetic Flare this year, a son of Dawn Approach from the family of Teofilo. Allagar also represents the yard.

O'Brien runs Knight Of Malta in the Naas Nursery Of Champions Maiden for three-year-olds.

He said: "Knight Of Malta ran well when fourth behind another of ours (Hong Kong) on his only run last year - but he's a War Front, so I'm not sure how the ground will suit.

"He should come on for the run.

"All ours are just ready to start, and we're hoping they run well."