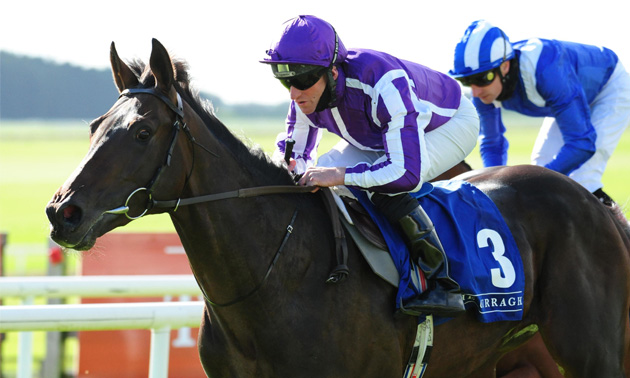 Aidan O’Brien was on Thursday not ruling out the possibility of running Cazoo Derby favourite High Definition in the Dante Stakes at York next week.

The Ballydoyle handler had hoped to run High Definition in Saturday’s Novibet Derby Trial at Lingfield, but announced on Wednesday evening he would not be travelling across the Irish Sea due to unsatisfactory blood test results.

Next Thursday’s Dante Stakes is one of the few Derby trials remaining – and O’Brien admits he faces a race against time to give High Definition a run if he is to head for Epsom on June 5.

“His blood count didn’t come back proper – his SAA (Serum Amyloid A) was very high and that is usually an indication of inflammation or infection somewhere, but we couldn’t find either anywhere in his body,” the trainer told Sky Sports Racing.

“He scoped perfect this morning. Maybe it was just one of those things, but we’ll do his bloods every day going forward and see.

“He’s in the Dante and we’ll see what happens over the next few days.”

O’Brien – who confirmed Santa Barbara on course for the Oaks – added: “When that (SAA) marker was high, we wouldn’t usually run with it and we just didn’t want to take a chance.

“It’s a bit of a pity because we were looking forward to it (Lingfield) and the timing and everything was good.

“The Derby has always been his plan and it would be very hard to go into the Derby without a run.

“For us, we need to be getting out, because with the travelling you’d like a bit of time between their first and their second run.

“Hopefully it might come together in the next few days and we’ll be able to start somewhere.”

Speaking later in the day, after Japan’s victory in the Ormonde Stakes at Chester, O’Brien added: “We’ve just been trying to split up all the horses rather than running them against each other. He was high enough yesterday, but today it was better so that’s encouraging.

“The Dante normally is a little bit close to the Derby, but there’s a little bit longer this year and that is probably what we’ll look at. He’ll have to improve every day and go forwards.

“If they (bloods) all came back normal and it had settled down then it’s very possible. Realistically you couldn’t go to the Derby without a run.”