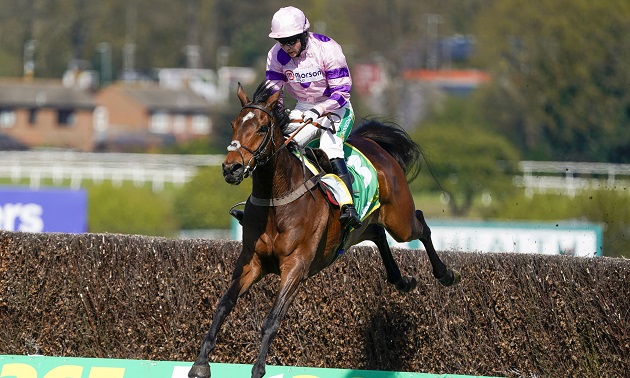 Paul Nicholls believes defending champion Greaneteen is the one they all have to beat in Saturday’s Betfair Tingle Creek Chase as the trainer hunts what he hopes will be a lucky 13th win in the contest.

Nicholls’ record in the race reads like a who’s who of great two-mile chasers of the modern era, having won the race with the likes of Flagship Uberalles, as well as a clutch of dual victors in Twist Magic, Kauto Star, Master Minded and Politologue.

While it may be pushing it to suggest Greaneteen has achieved as much as those former Ditcheat stars just yet, should he add a fourth Grade One to his CV at Sandown, he will not be far off.

Having won the Haldon Gold Cup off a mark of 168 on his reappearance, a race in which he was beaten last season before bounding to Tingle Creek glory, Nicholls is bullish ahead of the weekend.

“He’s come out of Exeter well, we’re very happy with him. He’ll school tomorrow morning, work on Thursday morning which is his normal schedule, he looks great so we couldn’t be happier with him,” said Nicholls.

“His Exeter performance was much better than last year obviously, but he wasn’t as ready last year, this year he hadn’t had any problems leading into it.

Despite the likely presence of Willie Mullins’ Gentleman De Mee and the Henry de Bromhead-trained Captain Guinness, the betting suggests the biggest threats are closer to home in Alan King’s Arkle winner Edwardstone and Nicky Henderson inmate Shishkin, who was last seen pulling up in the Champion Chase.

“I think Shishkin has to come and beat us (not the other way round),” said Nicholls.

“At the moment you’d have to say we’ve got a home game really as he loves Sandown while poor old Shishkin has had a lot of issues in the spring, so he has to bounce back to form.

“He did beat us at Kempton last year on very soft ground, but we’d had a hard race not long before (Tingle Creek) and I wish I’d not run him that day. It definitely wasn’t Greaneteen at his best, he seems to save his best for Sandown.

“At the moment, I think we’re the one to beat. Obviously they are smart horses, Alan’s horse (Edwardstone) kept winning last year and Shishkin is very smart on his day, so it will be an interesting race.”

Greaneteen does seem to reserve his best for Sandown but Nicholls has never worked out why.

He said: “Sandown is the perfect track for him, I don’t know why. He can make the running or take a lead and he stays on strongly up that hill.”

Ground has been a hot topic in recent weeks, with Henderson and King already warning their stars would be unlikely to run if they felt conditions were too quick, but that does not concern the champion trainer.

“My horses love good ground, he’s won on all sorts of ground but it looks a dry week and that will suit him,” he said.

“I don’t mind if it’s a small field as he made the running in the Haldon Gold Cup.

“Let’s be realistic here, there’ll be no firm in the ground at all. Ascot was quite quick the other day but it was safe. Sandown was abandoned three weeks ago because it was waterlogged. It’s almost December now, you haven’t got long drying days.

“If they put a tad bit of water on down the back straight to keep that faster bit good, I’d say the ground will be on the easier side of good and I can’t see any excuses for anybody. It’s definitely not going to be good to firm, that’s for sure.

“You can’t water to change the ground to suit certain parties, you can only water to make the ground safe. I spoke to Andrew (Cooper, clerk of the course) on Sunday night and he said he was going to put a bit of water on the back straight where it gets a bit quick, not to change the ground but to leave it as it is – good, good to soft in places.

“It’s a tough job being a clerk of the course at this time of year, but you’ve got to just be a bit careful in what you do.”