Next Destination delivers in Francome test 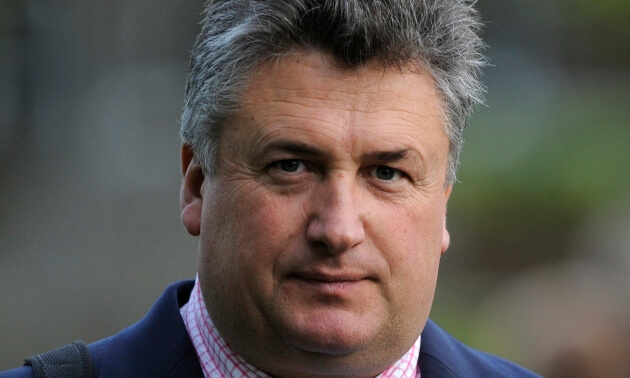 Next Destination backed up the promise he showed on his comeback to make a winning debut over fences in the Ladbrokes John Francome Novices’ Chase at Newbury, for Paul Nicholls.

A dual Grade One winner over hurdles for champion Irish trainer Willie Mullins in 2018, the eight-year-old was off for 920 days before finishing second to Roksana over hurdles at Wetherby on his first start for Paul Nicholls.

NEXT DESTINATION, a dual Grade 1 winner over hurdles for @WillieMullinsNH, scores on his chase debut for @PFNicholls in Grade 2 company at @NewburyRacing!

He put in a lovely round of jumping en route to victory under @CobdenHarry! 🏇👏pic.twitter.com/koqy5xOKt7

Graduating to the bigger obstacles, Next Destination showed he could have a bright future as he stayed on well to claim the Grade Two spoils.

Kalooki made the running until the second-last fence where Harry Cobden delivered Next Destination to take the lead. The 11-8 favourite was challenged by One For The Team, but kept up the gallop to score by a length and a quarter.

Next Destination was cut to 12-1 from 20-1 with Betfair and Paddy Power for the race formerly known as the RSA Novices’ Chase at Cheltenham.

Nicholls said: “It is credit to the team and everyone at home to get him to the course really, as he has had two and half years off. He had severed a front tendon, broken a pelvis and Malcolm sent him to us in June and said ‘if you can get him on the course, it will be a fantastic effort’.

“He went to Wetherby and ran a lot better than we thought to be honest with you. We schooled him over fences and he jumped great and he did that really well. Slower ground will suit him a lot more than today, but it was just about OK today.

“He has got talent and if we can keep him sound, he is a very good horse. We hadn’t had a gallop away before then (Wetherby), so he was going to improve and fitness wise, he will just keep getting better.

“You’ve just got to mind him a fraction with what you do at home. He is a lovely horse. We have just got to space his runs out, look after him and you never know, he could come back here next year for the big one (Ladbrokes Trophy) as he would be the ideal horse for that.

“You would want to mind the ground and you wouldn’t want to run him that often. You could go to Kempton on Boxing Day if the ground was really soft. I’d be bit nervous with a horse like him that has had problems, as you have the grass and the sand there with the all-weather which is not ideal.

“Off the top of my head, the Reynoldstown at Ascot would suit him really well in soft ground. Just winning today, for the horse, everyone involved and the owner being patient, is a bonus as he has done very well.

“He could well be an RSA horse and he will have an entry, but I’d say he would want really nice, soft ground to go there. He does jump a little left handed, so it probably would suit him quite nicely. He would be up there in the mix with horses that can run in the race.”