Nazeef poised to take on Palace Pier in QEII 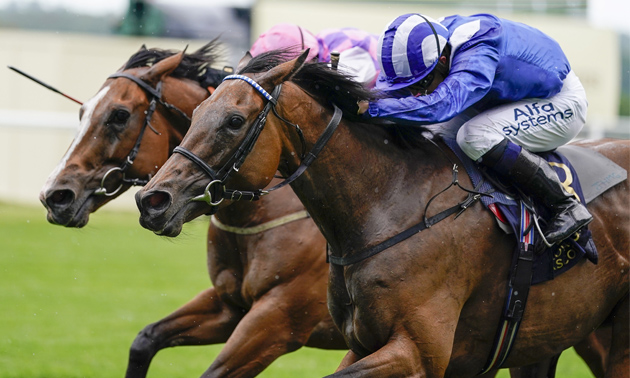 Nazeef will fly the flag for the fillies when she takes on the colts, headed by her unbeaten John Gosden-trained stablemate Palace Pier, in the Queen Elizabeth II Stakes at Ascot on Saturday.

The four-year-old has progressed through the ranks, climbing from a maiden success all the way up to two Group One victories this season.

Those came against her own sex in the Falmouth Stakes and the Sun Chariot, so the British Champions Mile, sponsored by Qipco, will be her toughest task – but it is one connections feel she deserves to take.

Back on point today 🙌

“Obviously, she had a couple of setbacks in terms of Goodwood, where they felt she didn’t come down the hill, and it was horrible ground in Deauville, but she bounced back to form the other day.

“She is very tough, and has a great attitude. John says all she does is eat and sleep, that she doesn’t over-exert herself at home and so doesn’t take a lot out of herself – hopefully she’s still in good form.

“At his time of year you never know, but they are happy with her. She handles easy ground. If it got really bad, I don’t know what would happen.”

Sheikh Hamdan’s other likely runner, Molatham, has something to find on ratings, though he does have smart form.

Trained by Roger Varian, the three-year-old colt won the Group Three Jersey Stakes over seven furlongs at Royal Ascot and was third behind Wichita in the Group Two Park Stakes at Doncaster last month.

“He’s going to have to step up a couple of gears to get involved in something like this, but he won the Jersey well on the same track.”