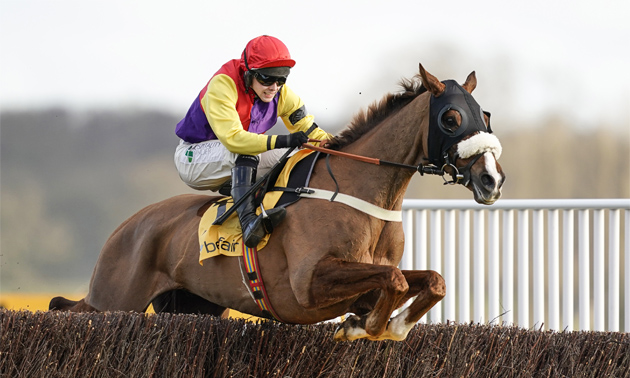 Owner Garth Broom is optimistic the fire still burns brightly in Native River as the 2018 Gold Cup winner returns to the scene of his finest hour for the Cotswold Chase.

Now an 11-year-old, Broom’s pride and joy has won more than £1million in prize-money – with a Welsh National and a Hennessy Gold Cup also on his record.

He has won Newbury’s Denman Chase three times, too. But he picked up an injury in that race last year – a setback which ruled him out of the Gold Cup – and along with trainer Colin Tizzard, his owner has agreed a change in tack this time as he heads to Cheltenham on Saturday instead.

It will be Native River’s second run of the season, after he finished a close third to Lake View Lad in the Many Clouds Chase at Aintree last month.

“We know he’ll go in the heavy ground at least, so that will be in his favour,” said Broom.

“I thought he ran really well at Aintree first time out. If they hadn’t taken all the fences out (for low sun) I think he’d probably have won, but that’s just my opinion.

“He had Frodon well behind him, and he came out and won the King George. Considering it was almost a Flat race, I thought he acquitted himself really well.

“He might be 11, but he’s never been over-raced. If they are running in the top class and in testing conditions you can’t run them too often. There aren’t that many races for him these days, given his rating and the distance he needs.

“We did actually put him in the Welsh National to have a look. But he’d have been giving lots of weight to young improvers, like the winner – and that’s not fair on him.

“As we weren’t ready for the Betfair, we went for the Many Clouds. He doesn’t like Kempton, so the King George wasn’t on the radar. Last year we waited for the Denman – but it jarred him up, and we missed the Gold Cup.”

This weekend’s race has attracted another multiple Grade One winner in Bristol De Mai and last year’s Gold Cup second Santini – although his participation is not assured – as well as Aintree winner Lake View Lad.

“Even if Santini doesn’t run there’s still Bristol De Mai, who will like the ground, but he seems to be very well – from what we can see anyway!” said Broom.

“We keep having videos sent to us, because we can’t go to see him at the moment of course. He seems full of himself on the gallops. He’s 11 now, so we can’t expect miracles – but I hope he runs well, and then it’s on to the Gold Cup.”

Every year a debate about the Grand National is brought up between connections, but this year more than ever Broom and his wife Anne seem against it.

“We’re not really National people – I wouldn’t advise people putting any money ante-post on him,” he said.

“I don’t even know if we’ll enter him. We find there’s too many horses, it’s a lottery – and usually it’s not his ground in April.

“If our aim was to win the Grand National then fair enough, but ours isn’t. If you were to think with your head then he’s made for it – but we tend to think with our hearts!

“He doesn’t owe us anything, he’s been absolutely brilliant. If the ground was right the (Aintree) Bowl might be more on the agenda, but it depends how he runs on Saturday and in the Gold Cup. If he has a hard race there then we wouldn’t ask him to go to Aintree.”

Arguably his biggest barrier to success could be the form of the Tizzard yard, who are without a winner this month – but Broom is partly to blame for that.

“There have been signs of improvement from the yard – he’s had a few seconds and third,” said Broom.

“He (Tizzard) was actually second to one of our horses at Wincanton, Brinkley – which didn’t go down well!”