Murphy has grounds for concern with Swinton contender Copperless 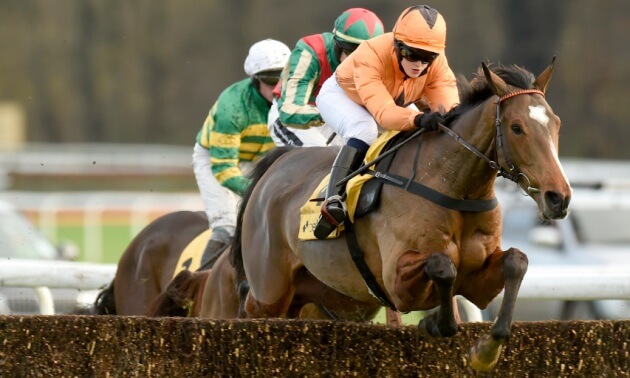 The prospect of a deluge over Merseyside could hinder Copperless’ bid for the Grade Three Swinton Handicap Hurdle at Haydock on Saturday.

Copperless was bidding for a hat-trick when contesting the Pinsent Masons Handicap Hurdle at Aintree on his last appearance, but the gelding suffered a fall when in contention only two flights from home.

Olly Murphy reports to bay to be unscathed following that mishap, but his nemesis ahead of the Swinton Hurdle could be the inclement weather as a substantial amount of rain is forecast to fall on already soft ground.

“We were very pleased with the way he was going, he was travelling very well up until falling at Aintree on his last start,” the trainer said.

“But the heavy rain that’s been forecast would be huge concern for him.

“He’s in great nick and he really looks like he’s on a nice mark, he seemed absolutely fine after the fall he had, but if the forecast rain were to come, then that would be a concern.”

Benefiting from Copperless’ late Aintree fall was Stuart Edmunds’ gelding Rowland Ward, who went on to register a half-length success in the contest.

The five-year-old also takes his chance at Haydock at the weekend and will not be inconvenienced by soft going, with his trainer welcoming a fast-paced race to suit the horse’s running style.

“He is in great form and a strongly-run two miles really suits him as he travels so well in his races. The faster they go, the better it is for him,” he said.

“I think everything was perfect for him at Aintree as it was always going to be fast and furious.

“Olly Murphy’s horse Copperless was still travelling well at Aintree behind us when he took a tumble and if he is none the worse for that, he could be thrown in against us.”

Rowland Ward’s Aintree performance has seen his rating rise by 10lb, an allocation his trainer feels is a fair reflection of his abilities.

“He has gone up 10lb, but you don’t mind that when you win a proper race at a big track,” he said.

“He would have barely got in this off his old mark.”

Haydock hosts races under both codes and the Swinton Hurdle is followed by the Pertemps Network Spring Trophy Stakes, run over seven furlongs on the Flat.

Six runners have been declared, with Adrian McGuinness’ Current Option heading the field after finishing runner-up in the Group Three Gladness Stakes at the Curragh on his last run.

Archie Watson’s Highland Dress brings his all-weather form to the table, having last competed on turf in November, with Karl Burke’s Lord Of The Lodge also switching from synthetic surfaces after a successful spell on the all-weather.