Minella Indo off the mark over fences 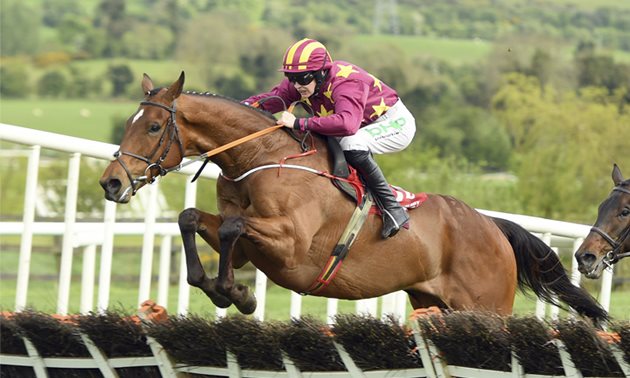 Last year's Albert Bartlett Novices' Hurdle hero Minella Indo stuck to his task from the front to get off the mark over fences in the Eco Friendly Cups Beginners' Chase at Navan.

Runner-up to Laurina on his debut over the bigger obstacles, Henry de Bromhead's seven-year-old made virtually all the running in the three-mile contest and held on despite being pressed in the closing stages.

Rachael Blackmore kept Minella Indo to the near side throughout and the 2-5 favourite jumped well in the main.

Captain Cj and First Approach made it interesting on the run-in, but Minella Indo kept on to hold the former by a length and a half. First Approach was six lengths back in third.

De Bromhead said: "I'm delighted with that and it was nice to see him tough it out. Rachael said he took a little blow after the second-last and hopefully he should improve for it.

"I'm delighted to have it out of the way and as soon as we scratched from Leopardstown (at Christmas) this race was the plan. I wanted give him a test over three miles as he needs it. He is so laid-back at home and has done a lot of work since Gowran and still he'd give you the fright there between the last two (fences).

"It was nice to see him get stuck in after the last and go on and stay on at it - I thought he was good.

"It's job done and he'll go straight to Cheltenham for the RSA Chase next. He won't be entered in the National Hunt Chase."