Military March heading straight to 2000 Guineas without a trial 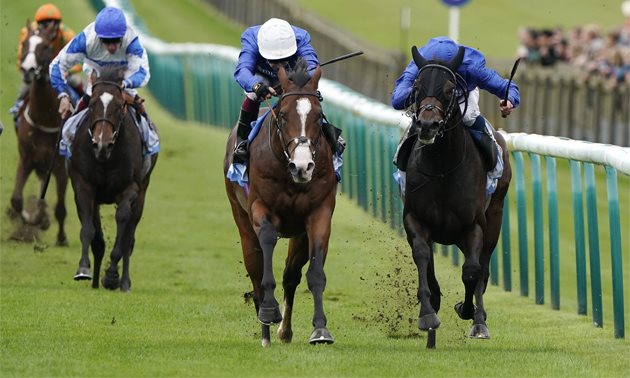 Saeed bin Suroor plans to take Military March straight to the 2000 Guineas without a trial.

The unbeaten colt landed the Autumn Stakes on his final outing last year, and has spent the winter in Newmarket.

Yet another huge run from Ropey Guest in third for @MargarsonRacing pic.twitter.com/kRSMiIi9Q7

While he will start his season off in the first Classic, it is the Investec Derby in June that Bin Suroor sees as a more suitable test.

"He stayed in Newmarket - we had others for the UAE Guineas and Derby," said Bin Suroor.

"We have a plan for him. He'll start off in the Guineas, and will go straight there.

"A mile and a quarter will be fine for him, and we see him as a Derby horse - he'll have no trouble getting the trip."

Military March (Timeform rating 118p) is faring well so far as preparations start to move up a gear for the forthcoming campaign.

Bin Suroor added: "He won at Newmarket over a mile last season. I've been back from Dubai to see him a few times, and he is doing well.

"We're starting to ask more of him now.

"We won't bother with a trial - it will be straight to the Guineas. We might run him in the Dante, or we might just go straight to the Derby after that- it depends how he runs.

"I've always liked him - even as a yearling, I just liked the way he looked. I trained his dam (Punctilious), so I know the family."