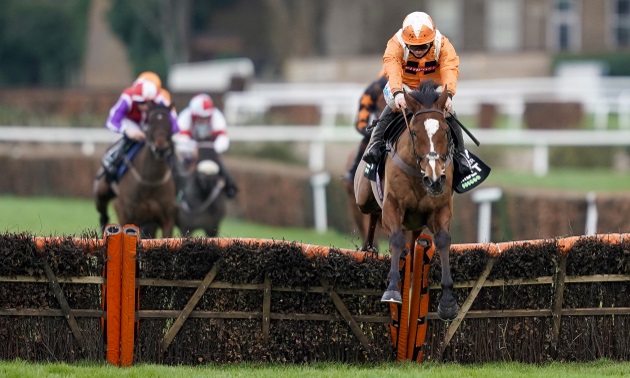 Harry Fry’s confidence in Metier’s Cheltenham Festival challenge is growing after an encouraging Wincanton gallop by the unbeaten hurdler.

Metier, formerly trained in Ireland, has had a two-month break since taking his winning sequence to three in the Grade 1 Tolworth Novices’ Hurdle at Sandown.

Fry also anticipates ground conditions will also be suitable for his stable star in the Sky Bet Supreme Novices’ Hurdle, the opening race at the Festival.

“He’s our leading light and he went very well on Thursday,” said the trainer.

“We don’t want to get ahead of ourselves, but it was just what I hoped to see.

“The forecast is for unsettled weather in the middle of next week, and that should hopefully help us see a combination of good to soft and soft, and that would be perfect for him.”

Metier - what a prospect

Of his three other runners, Fry is considering a crack at the Paddy Power Stayers’ Hurdle with If The Cap Fits, who has been chasing this season.

He added: “I’m leaning towards going back over hurdles with him. He ran well behind Paisley Park in the Cleeve Hurdle last year and we know he’s a 160-plus horse over hurdles. That would put him in with an each way squeak.”

Veteran Unowhatimeanharry will take his place in the Pertemps Final as a teenager, while Whitehotchillifili is Fry’s final Festival contender in the Close Brothers Mares’ Hurdle.