Master of The Seas declared for the Craven 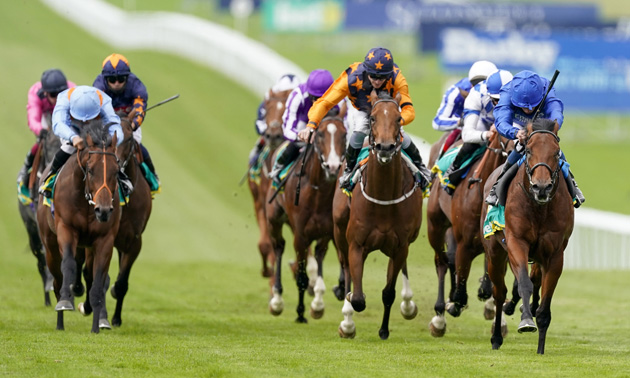 Master Of The Seas is one of 10 colts declared for the bet365 Craven Stakes at Newmarket on Thursday.

The Charlie Appleby-trained Master of The Seas won the Superlative Stakes on the July Course last summer, before going on to finish fourth when joint-favourite for the National Stakes at the Curragh.

The Dubawi colt made his first start of 2021 in Dubai in February – filling the runner-up spot behind stablemate Naval Crown, who is set to contest the Free Handicap at Newmarket on Wednesday.

Aidan O’Brien also fires a twin assault, with Khartoum and Sandhurst both making the trip from Ireland.

Devilwala, who finished fourth in the Dewhurst in October before running at the Breeders’ Cup, represents Ralph Beckett.

The main supporting race on the third and final afternoon of the Craven Meeting is the bet365 Abernant Stakes.

The hot favourite is Roger Teal’s stable star Oxted, who claimed this prize last season before going on to Group One glory in the July Cup.

The five-year-old will be expected to be more at home back on turf after finishing seventh in the Riyadh Dirt Sprint in Saudi Arabia on his latest appearance.

Oxted’s six rivals include Summerghand (David O’Meara) and Exalted Angel (Karl Burke), who were split by just a head when first and second on All-Weather Championships Finals Day at Lingfield a fortnight ago.