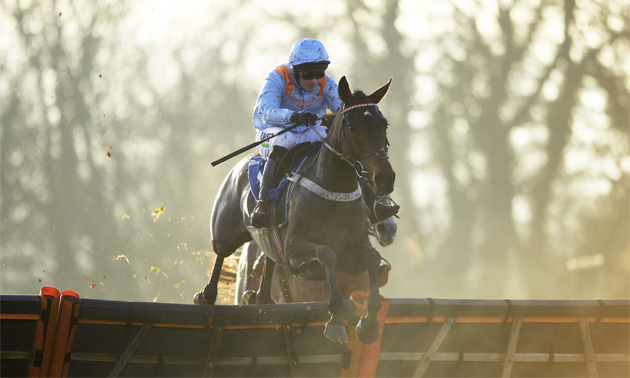 Marie’s Rock is set to skip the Betfair Hurdle in favour of the Yorkshire Rose Mares’ Hurdle at Doncaster on Saturday.

Won for the previous two seasons by the now-retired Lady Buttons, Marie’s Rock needs to bounce back from an underwhelming comeback run in the Gerry Fielden at Newbury which went the way of her pre-race galloping companion Floressa.

Prior to that the Nicky Henderson-trained mare had won a bumper and two novice hurdles and was favourite for the Dawn Run at Cheltenham before injury ruled her out.

“I had a conversation with her trainer this morning (Tuesday) and barring something out of our hands happening she’ll run at Doncaster,” said Tom Palin of owners, Middleham Park Racing.

“She’s a two-mile hurdling mare who we think is graded quality and that’s exactly what this race is. Options for mares in their second and third seasons over two miles are few and far between.

“Our biggest asset is speed so this looks the perfect race, conditions-wise if not weather-wise. It has been in our minds since the start of the season as it ticks so many boxes.

“As soon as she won at Taunton 14 months ago we thought this would be the perfect race for her this year.

“Of course the ground is going to be soft, but she does have a big knee action and hits the ground pretty hard. Obviously you’d rather it be good to soft, but she has handled soft a couple of times and we are racing in January – a very wet one at that.

“What it boiled down to was there’d be a lot more runners in the Betfair, it would be an insane tempo and you forget how lightly-raced she is.

“That probably contributed to her defeat at Newbury, and she was badly hampered. Interestingly Nico (de Boinville) still felt he was going to come and pick them up leading up to the incident two out. Her jumping wasn’t as good as it had been at home, though, which was probably down to inexperience.”

The unbeaten Fiveandtwenty will not be sporting the Middleham Park silks in Friday’s Sky Bet Juvenile Fillies’ Hurdle, however, with Donald McCain’s youngster set to wait for Musselburgh.

“While she’s not a small filly, heavy ground at Doncaster wouldn’t suit so she’s likely to wait for Trials Day at Musselburgh,” said Palin.