Margarson has Newmarket in mind for Ropey Guest 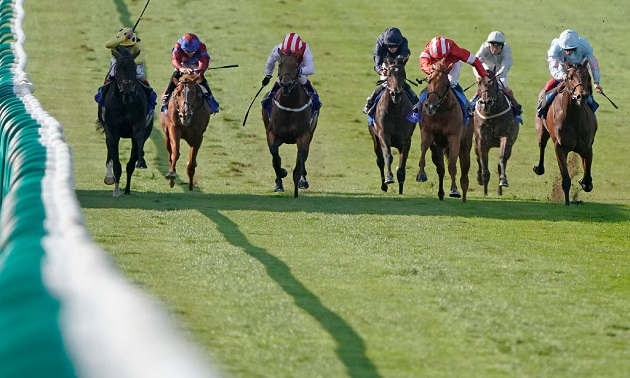 Classy three-year-old maiden Ropey Guest will try to get that elusive first victory under his belt in the Sir Henry Cecil Stakes at Newmarket next week.

Trainer George Margarson is targeting the Listed contest over a mile for the colt, who has been placed in no fewer than four Group Three races.

The son of Cable Bay has been a regular in Pattern company, and has always put in creditable performances.

Once again he belied his odds when finishing fourth to Molatham in the Group Three Jersey Stakes at Royal Ascot on his seasonal debut last month.

Another #RoyalAscot winner for Jim Crowley!

MOLATHAM shows a great attitude as he battles back to get the better of Monarch Of Egypt and land the Jersey for @varianstable!pic.twitter.com/nYSqAifapw

However, his record in all races now stands at no victories from 11 starts.

“He’s come out of the race really well. He was fit and ready to roll, but I thought he just weakened in that last 100 yards,” said Margarson.

“He’s come back fine and he heads for the mile Listed race at Newmarket, the Henry Cecil. We’re dropping him down in grade.

“Ropey Guest will probably be top-rated on 104 at Newmarket. He runs well there, and it doesn’t matter what the ground is either.”