Makin has Molecomb in mind for speedy Muker 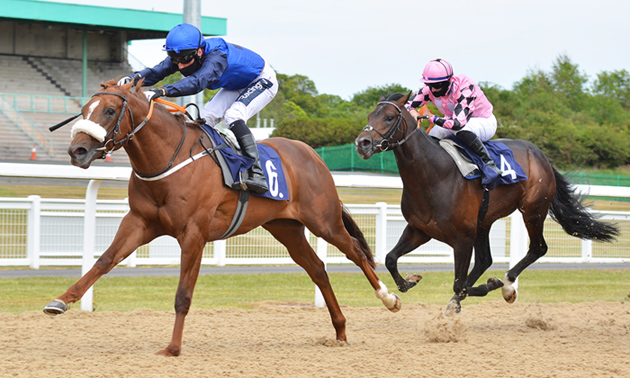 Phillip Makin is excited to see what the rest of the season holds for Muker following his fine run in defeat at Royal Ascot.

The former jockey announced his retirement from the saddle last year through injury, having broken a bone in his neck and hurt his back in a nasty fall at Redcar the previous August.

Makin went straight into the training ranks and appears to have unearthed a high-class juvenile in just his second season with a licence, with Muker (Timeform rating 94p) building on the promise of his debut victory at Newcastle when an excellent third in the Windsor Castle Stakes.

A royal winner at #RoyalAscot 👑

"Had seen his Newcastle win boosted when the runner-up was touched off in a fast-time at Doncaster the previous weekend and took a big step forward himself, shaping well given he was up with the strong pace throughout and also raced more towards the middle than the first 2; close up, led after 2f, ridden over 1f out, headed entering final 1f, no extra; speed is his forte, certainly no need to go over further, and no surprise if he builds further on this in a race like the Molecomb."

“It was a really good run, and we were obviously delighted with him,” said the Easingwold-based trainer.

“It was a step up in class, but he ran great and probably just got outstayed near the finish. We’ll probably try and stick to speed tracks going forward – it looks as though that’s what he’s about.”

Considering immediate plans, Makin added: “We’ll probably look towards Goodwood for the Molecomb, but we might take him to York first and run him in a novice under a penalty.

“We’re lucky to have him, and hopefully there’s plenty to look forward to.”