Magic Wand retired to paddocks after setback in Australia 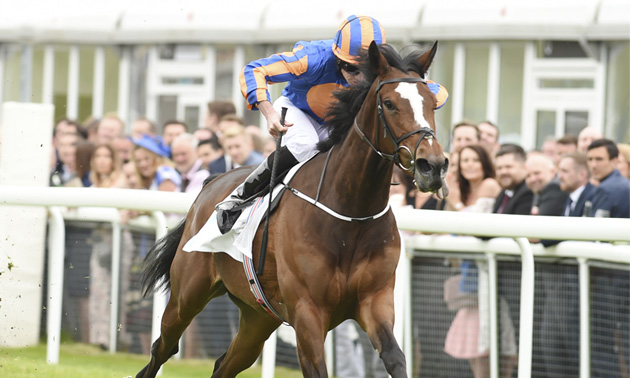 Magic Wand has been retired to stud after a foot abscess scuppered her planned campaign in Australia.

The Aidan O’Brien-trained five-year-old was a late withdrawal from last weekend’s Cox Plate due to the issue and the handler’s team has been unable to drain the abscess over the last few days.

Magic Wand had been due to defend the Mackinnon Stakes title she won last November, but that plan has been abandoned and O’Brien’s travelling foreman, TJ Comerford, confirmed she will now retire to the paddocks in Ireland.

He told www.racing.com: “She got a foot abscess and it’s one of those we can’t get at. We’re can’t do anything about it, we’re trying to draw it out, but it doesn’t seem to want to release and we’re thinking it will burst out of the coronary band. It’s just bad luck as she was going to run a good race.

“We thought she was back to her best, but that’s the end of her now. She’s going to be retired and go to stud.”

However, Comerford pointed to her Australian Group One triumph as the zenith of her career.

He added: “She’s a very good filly. I suppose the highlight of her career was winning here last year in the Mackinnon after running in the Cox Plate and Melbourne Cup. She’s always been a very good mare.

“It’s unlucky for her that it’s finished like this, but we’ll take her home and have a very good broodmare.”

Coolmore Australia also paid tribute, tweeting: “Following a foot abscess as she prepared for a second tilt at the Mackinnon Stakes, Magic Wand (Galileo) has been retired and will join our broodmare band in Ireland. She has been a wonderful mare for Coolmore and our partners and much loved by her strapper Yvonne.”