Luxembourg to miss Derby date due to ‘muscular problem’ 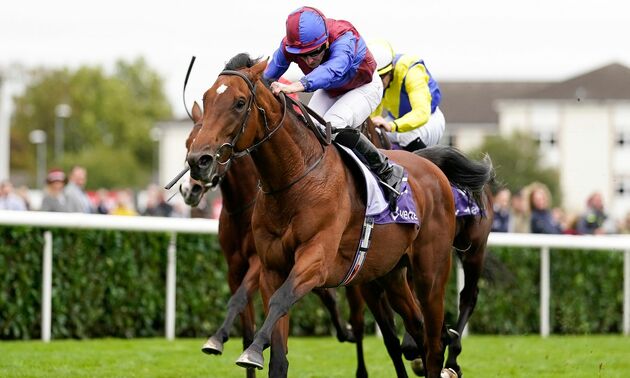 News emerged on Friday that the 2000 Guineas third, who won the Futurity Trophy at Doncaster last season, had suffered a setback.

O’Brien found Luxembourg to be slightly lame on his off-hind following a routine canter and carried out tests over the weekend to find out the full extent of the problem.

Unfortunately for his connections, the issue is serious enough to prevent Luxembourg from heading to Epsom and he is set for a lengthy spell on the sidelines.

Speaking at Leopardstown on Sunday, O’Brien said: “Luxembourg won’t run in the Derby. He has to have a month or six weeks of box rest.

“It’s a muscular problem behind and the tests revealed that he had to have a month or six weeks box rest to let it heal and do the right thing by the horse.

“Hopefully he’ll be back for the autumn, that’s the plan anyway.

“Sometimes with muscular (issues) you can keep going, and sometimes you can’t. Rest was the only cure for it.”