Love declared for the Prince of Wales's Stakes 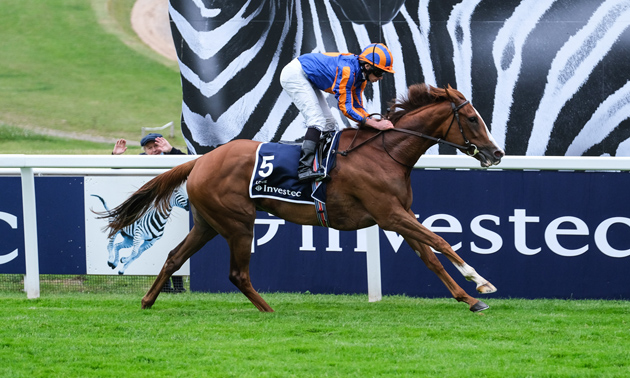 Lord North and Love will meet in a mouth-watering renewal of the Prince of Wales’s Stakes at Royal Ascot.

John and Thady Gosden’s Lord North was an easy winner of the Group One 12 months ago – and while he failed to reproduce that level of form in three subsequent outings last season, he was back to his best when winning the Dubai Turf in March.

Having his first run for 140 days, Lord North blitzed the opposition at Meydan, looking in a different league to some classy rivals.

The reappearance of Love adds plenty of spice to Wednesday’s race.

Aidan O’Brien’s Galileo filly went through her Classic season unbeaten, winning the 1000 Guineas by more than four lengths, the Oaks by nine and the Yorkshire Oaks by five.

O’Brien has been waiting for quicker ground to take the wraps off her this season, and now gets his wish.

James Fanshawe’s Breeders’ Cup winner Audarya is another filly set to run for the first time this season, with William Buick in the plate.

Audarya is owned by Alison Swinburn, daughter of former trainer Peter Harris who enjoyed great success with the yellow, green and red silks.

“Audarya is the first really good one that Alison has had with me, and she’s loving it,” said Fanshawe.

“She’s an outstanding looking filly, with great presence, and we were excited by her early on. I thought she would win first time out (beaten a nose at 50-1) – and although it took her a while, she’s really stepped up since we went back to a mile and a quarter with her.

“She outstayed them in the Filly & Mare Turf at Keeneland, and that was just one of those days when everything went right. ”

Sir Michael Stoute has called on the services of Colin Keane to ride Sangarius – while William Haggas relies on My Oberon rather than Addeybb, who would have preferred much softer ground and is the only absentee from the initial eight confirmations.