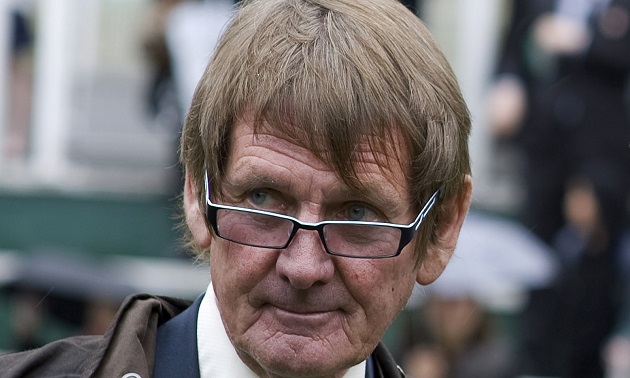 Andy Stewart, the owner of all-time great staying hurdler Big Buck’s, has died at the age of 70.

When Sam Thomas was dislodged from the saddle of Big Buck’s in the 2008 Hennessy Gold Cup, it is fair to say the history of the staying hurdle division was shifted forever.

He reverted back to the smaller obstacles and won the Cleeve Hurdle before taking the 2009 World (Stayers’) Hurdle at Cheltenham. He would go on to lift the staying crown three more times during an 18-race unbeaten streak. He was not quite the same horse after returning from a 420-day injury absence, with his winning run halted in the 2014 Cleeve Hurdle, and he bowed out after finishing fifth at the Festival that year.

Stewart – who had a fall at his Barbados home earlier in the year – also helped raise thousands of pounds for Spinal Research, a charity close to his heart after his son Paul broke his back while snowboarding in the Alps in 2008.

Paying his tribute to Stewart, Nicholls said: “It’s awfully sad. I knew he’d been poorly since he had that fall in Barbados, and he’s just not got over it.

“I’ve known him for the best part of 20 years, and I reckon we spoke to each other and were in contact nearly every day in that 20 years.

“We had many memories, but Big Bucks’ fourth win in the Stayers’ was an amazing day.”

Ruby Walsh was in the saddle for all of the great days on Big Buck’s, with the exception of the Long Distance Hurdle and Long Walk Hurdle of 2010, where Sir Anthony McCoy did the steering.

Ian Renton, regional managing director for the Jockey Club’s west region, which covers Cheltenham racecourse, said: “We’re deeply saddened to hear of the passing of popular racehorse owner, Andy Stewart. Andy was a true friend and supporter of Cheltenham and the Jockey Club.

“He had huge success as an owner, most notably with the greatest ever staying hurdler, Big Buck’s, recognised with his own bar in the Princess Royal Stand.

“I will very much miss the many conversations and endless transatlantic email trails, but most of all will miss the tremendous character and personality that has been a feature of our jumps racecourses for so many years.

“He will be sorely missed by us all. Our thoughts are with his wife Judy and sons, Paul and Mark at this difficult time.”